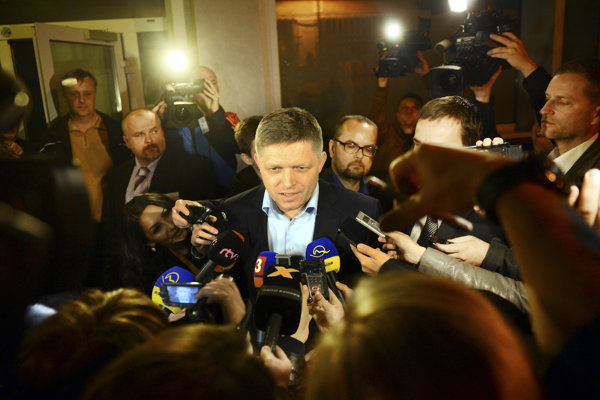 Robert Fico during the night of the second round of the presidential election on March 29, 2014. (Source: TASR)
Font size:A-|A+

It was a political mistake to run for president in the past. Prime Minister Robert Fico (Smer) admitted this during the Sobotné dialógy (Saturday Dialogues) talk show broadcasted by the public broadcaster RTVS on December 16.

Fico ran for the prominent post in March 2014. In the second round he lost against Andrej Kiska, when the latter received 59.38 percent of the popular vote and Fico 40.61 percent.

“I made a mistake in running for the post,” said Fico as cited by the TASR newswire. “On the streets I met people who were Smer voters and they told me that they did not vote for me because they wanted me to remain in the post of prime minister.”

Fico said this in reference to his recent public statement that he will not run for president in the next presidential election in 2019. 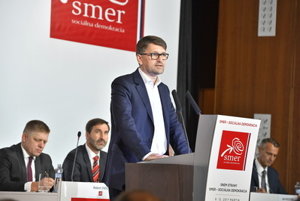 Fico further added that he is convinced that the Smer party has the potential to win the next general election in 2020.

“I’ll do my best so that it wins,” said Fico, adding that he will lead the Smer party to the next elections as a leftist and pro-European party.

Fico wants Smer to win the election and set up the cabinet and if this fails “we will go into the opposition as a strong opposition party”.