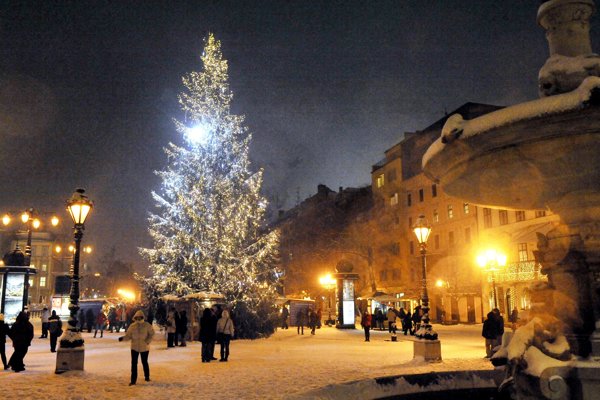 The Christmas holidays will be accompanied by increases in temperatures this year as well, forecasts the Slovak Hydrometeorological Office (SHMÚ). Cold air is forecast to remain above Slovakia until Sunday, December 24, although southwestern regions will see a slight temporary increase in temperature. After Christmas Eve, warm air is likely to flow into the country from the west.

“The warming will be most pronounced in the mountains and areas of lower altitude in southwestern Slovakia,” forecasts SHMÚ.

The rocky areas of central and eastern Slovakia will see more complicated weather conditions, with an air temperature inversion [increase in temperature with altitude] not being ruled out.

“But gradually temperatures will rise across Slovakia, and they won’t cool down any time soon,” forecasts SHMÚ.

The period between Christmas and New Year’s Eve often sees a so-called Christmas warming, accompanied by relatively warm and damp weather in central Europe. This is caused by warm sea air flowing in from the southwest and west in the wake of a cold spell.