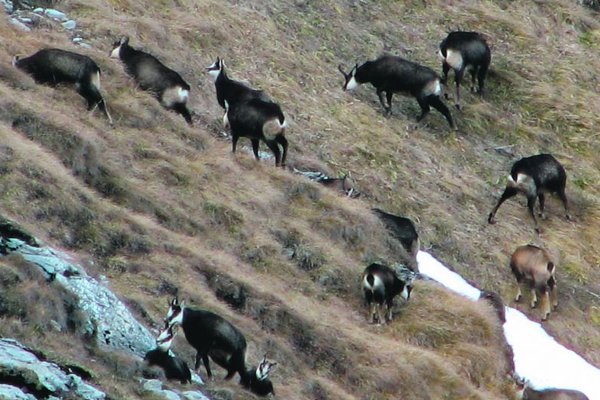 Deadly tragedies took place in the High Tatras during the Christmas holidays in regards not only to four people, but also the highly protected species of the Tatra chamois (Rupicapra rupicapra tatrica).

The icy and snow-covered surfaces, all-day rescue helicopter flights in the mountains and many undisciplined visitors hiking on closed hiking trails might be behind the deaths of 11 chamois, stated Majko.

"Every single species of the now relatively stable Tatra chamois population is of the utmost importance in terms of genetic variability," he added.

In this regard the TANAP administration is calling upon visitors to observe nature conservation guidelines.

"At the same time we ask tourists to behave responsibly and selflessly towards everything living in the Tatras," said Majko as quoted by TASR.