Slovak towns are not ready for climate change

While most towns and communities tackle negative effects caused by climate change spontaneously, some have already begun using a more efficient approach. 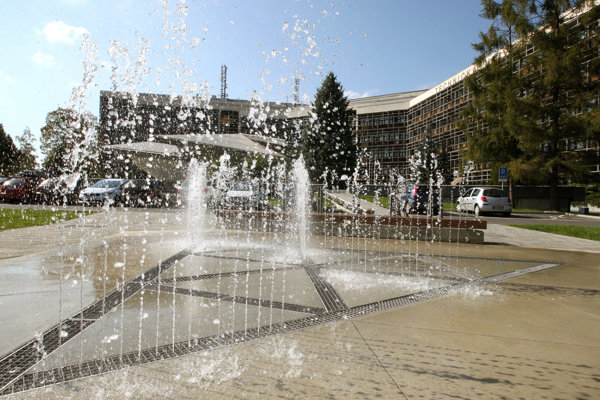 Zvolen, central Slovakia, is one of Slovakia's wood-industry centres, honoured with the title of a Slovak forestry town. Nevertheless, people suffer from heat waves, dry air in buildings, and the dust rising from dry lawns in summer.

The weather station in Sliač, near Zvolen, measured a long-term average yearly temperature of 7.9°C from 1951 to 1980. In the last 26 years, the temperature has risen by 1.1°C up to 9.0°C, according to data from the Slovak Hydrometeorological Institute (SHMÚ). To cope with the changes in the local climate, Zvolen put an adaptation strategy in place. Only a handful of municipalities around the country have one.

"A significant increase of impermeable surfaces, such as roofs or parking spaces, in the last 20 years have highly contributed to the creation of a heat island above the city and to the extreme surface drainage of rainwater," explains Miroslav Hríb from the Blue Alternative Foundation, which worked on Zvolen’s adaptation strategy along with the Technical University in Zvolen.

The town adopted this document in 2015 since it was a condition for having the Biotechnical Innovation in the Use of Rainwater in Zvolen project approved and the awarding of the EEA and Norway grants.

Some of the actions implemented within the strategy in Zvolen include rain curtains and the planting of trees. Other strategies could include building rain gardens, fountains, lakes, turning a bus station roof into a green one, developing rainwater reservoirs and reusing rainwater for flushing toilets, heating, or watering lawns.

"Not only are some parts of the city and surrounding forests more resistant to the impacts of climate change, but there's also savings on the rain fee," says Hríb. 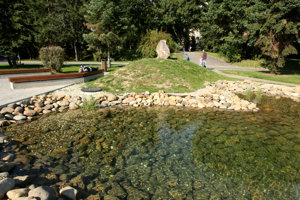 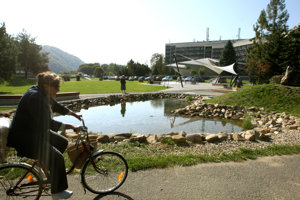 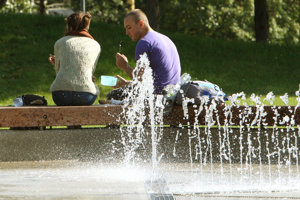 Biotechnical Innovation in the Use of Rainwater in Zvolen (6 photos)

"The recognition of the need [of adaptation strategies] and demand by towns are at a very low level although some have embraced the issue in their development programmes," says Alena Kozlayová from the Carpathian Development Institute, a think-tank organisation in Košice promoting sustainable development in Slovak regions.