The government debt was impacted as well. 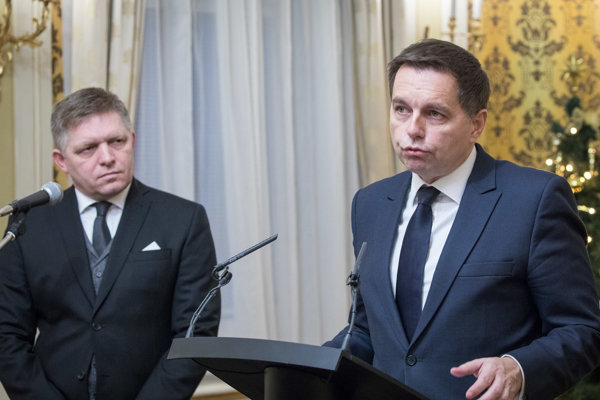 State finances performed better than projected last year, with the state budget deficit standing at €1.22 billion in late December 2017, meaning an improvement of €733 million compared to the budget approved for the same year.

This is the second lowest budget deficit to be reported in the past nine years, the Finance Ministry informed.

Budget incomes amounted to €14 billion last year, while expenditures were at €15.2 billion, the TASR newswire reported.

“I’d like to announce that the state budget deficit was projected at around €2 billion, somewhere above €1.9 billion to be more specific,” said Prime Minister Robert Fico, as quoted by TASR. “However, the deficit will actually be almost €800 million lower, amounting to a mere €1.2 billion.”

Both incomes and expenditures had an impact

The state achieved a lower deficit in 2017 with both lower-than-budgeted incomes and expenditures, said Finance Minister Peter Kažimír. Corporate tax revenues were lower than projected.

“Conversely, we had much higher VAT revenues, which attests to the fact that we’re much more successful and efficient in collecting VAT and that we’re combating tax evasion in a much better way,” Kažimír added, as quoted by TASR.

The increase in collecting VAT amounted to almost €174 million. Other budget revenues were €71.2 million above the projection, according to the Finance Ministry.

The savings concerned, for example, the transfer to state-run social insurer Sociálna Poisťovňa, a payment to the EU budget, debt management and other categories.

Debt will fall as well

The lower than planned budget deficit also had an impact on GDP creation. More than €143 million was saved on government debt management. With the average interest rate on the government debt amounting to 2.3 percent p.a., Slovakia saw its lowest-ever level of interest on debt servicing.

“This is better than we expected as well,” highlighted the finance minister, as quoted by TASR.

The average maturity of the government debt portfolio is more than nine years.

“The average interest on government debt stood at 2.3 percent p.a.,” Kažimír added, as quoted by TASR.

Meanwhile, the minister estimates that the overall public finance deficit for last year will be better than planned.

“I’m very cautious, but I dare assume that the result will be better than we estimated when drafting the state budget for 2017,” Kažimír said, as quoted by TASR. “The figure was around 1.5 percent of GDP at that time. I’d like the actual figure to be close to 1.3 percent of GDP.”