Nativity scene made of snow lured hundreds of people to Tatras 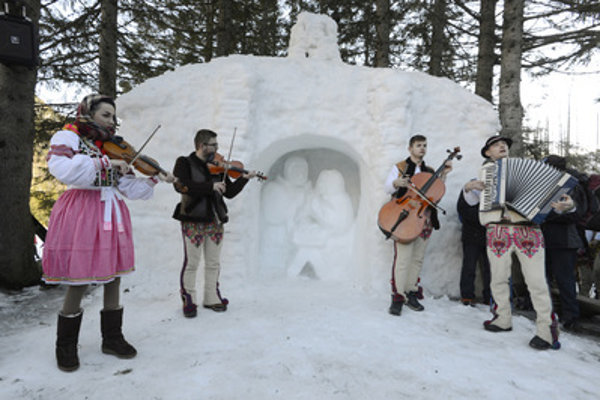 The sunny weather on January 6, the state holiday of Epiphany, attracted around 500 people to Rainer chalet in the High Tatras where the Epiphany Noon took place for the 19th time. Visitors came to see the huge replica of Bethlehem made of snow by manager of the mountain chalet, mountain bearer and teacher, Peter Petras Senior.

“The whole Poľana was full as we had exceptionally nice weather,” Petras said for the SITA newswire. “This is a big difference from last year when there was a freezing temperature of -25° Celsius, and now, it is +10°C.”

This was not so good for building Bethlehem (i.e. nativity scene) but they did their best to repair it, he added.

Part of the Epiphany Noon is celebrated with a cultural programme that includes traditional “goral” (mountain folks) music. People also tend to pray near the nativity scene on Epiphany but no official masses are held.

This time round, the Bethlehem replica is four metres tall and 4.5 metres wide, while Virgin Mary, Baby Jesus and St Joseph are carved into the centre. 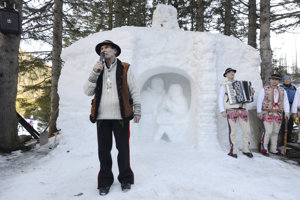 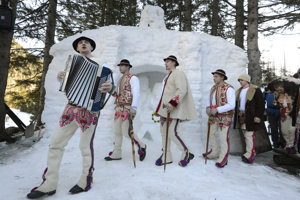 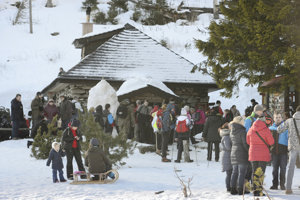 “I have been building the body of the sculpting group with my son and his friend for four weeks,” Petras Sr described for SITA. “Gathering the snow and forming the skeleton was very hard work as the basic height was 2.5 metres. Later, the roof was made. The carving itself took three days and was a creative work.”

When they began the project, it helped that there was enough snow close to the Rainer chalet so they did not have to bring it from as far as Poland. Later, however, thawing began and it was more difficult to carve the figures for the scene.

The temperatures are still quite high, and so visitors who would like to see the nativity scene at the Starolesnianska Poľana as a whole, before it starts melting in the unusually warm weather, should hurry.

“We have to warn tourists and hikers about slippery paths, however,” Petras noted, as quoted by SITA. “If someone decides to come here, they should have at least ski poles, or pointed, anti-skid shoe covers.”

Petras will begin working on a snow sculpture of the mountain bearer on January 8 as the snow is soft and malleable. Later, the skeleton of the Easter egg will be made.

The oldest chalet in the High Tatras was built in 1863 by Ján Juraj Rainer. After the Kamzík (Chamois) chalet was established in 1884, it ceased to exist and was only renewed in 1998. Currently, Peter Petras Jr. is its manager. This year, they commemorate the 20th anniversary of its re-opening with official celebrations taking place in mid-August.