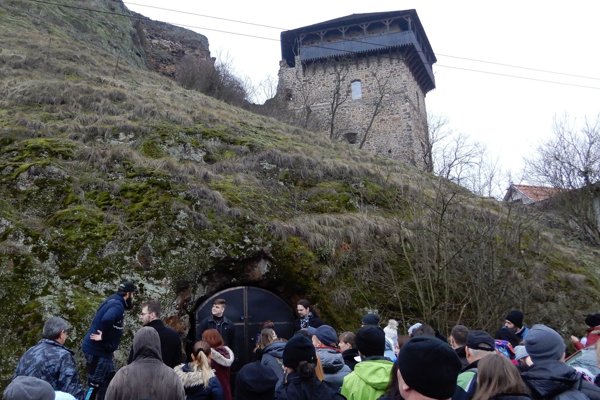 New Year’s Day ascent to the Fiľakovo Castle, including a visit to the underground rooms, attracted a thousand. (Source: TASR)
Font size:A-|A+

Against original expectations – of around 120 people – more than a thousand visitors arrived to the Fiľakovo Castle on Epiphany – January 6, 2018, all with torches, headlamps or lighted mobile phones.

For the very first time, the castle museum opened for the public the underground spaces under Fiľakovo Castle which were thought to be wine cellars or stores in the past. However, this is far from being true, My Novohrad regional newspaper wrote.

Originally, only a New Year’s Day ascent to the castle was planned. “A few days ago, we published a photo of these rooms,” Marian Mesiarik of the Castle Museum in Fiľakovo, who initiated the event, said as quoted by the regional newspaper. “We lit candles in them which made a truly mysterious impression.” 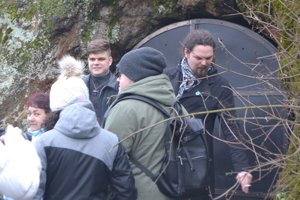 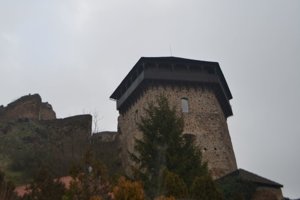 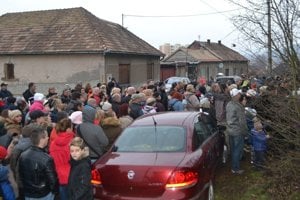 Where there are hills, there are people who will climb them, Mesiarik noted, adding that as they have a castle, they decided to organise a climb to the castle.

“I had the idea of showing these spaces to the public, within the ascent to the castle,” he explained. “I supposed that there will gather around 30 of us for the ascent itself. The underground may be interesting for about a hundred people…. Thus, such a massive attendance was a positive surprise for me,” he summed up.

What was the real purpose of Fiľakovo underground

The underground spaces which served as a shelter from air raids in World War II shall be used meaningfully by the Castle Museum. Already in May, visitors of the traditional Night of Museums will be able to see interesting expositions.

“It is a classical construction of anti-aircraft galleries,” the organiser said. “Three times bent, with a longer tunnel. The German army tunneled it through mining,” he noted, and commemorated a law from back 1943 which ordered air-raid shelters in buildings. He also said that they needed neither concrete, nor iron – a solid surface was enough. “In Fiľakovo, the rock under the castle was ideal,” he added.

Czech experts point out that the shelter was never finished, as it lacks an entrance on the other side. The museum employees keep researching the history of the construction, Mesiarik said. One gallery is 65 metres long, the other mere 25; both are around two metres tall and wide.

The rooms, walled-in until recently, are subject to big plans of the Castle Museum: “In the longer gallery, an exposition focused on WWII in Fiľakovo will be installed, the organiser explained, adding that it will portray the period between 1938, when the Hungarian army invaded the region, and 1945, when the town was liberated.

Plans for the upcoming year

At the end of 2017, head of the Castle Museum, Viktória Tittonová, announced, as cited by the regional newspaper, that a lapidary should be located in one of the underground galleries, with various stones from around Fiľakovo, some from the vanished church in Radzovce, and others from the gothic parts of the rib-vaulting of the Holiša church.

“We are preparing some surprises in the tower, too,” Tittonová told My Novohrad. “I do not want to specify as for now, but I believe that the Night of Museums, which will take place in the second half of May, will be the event of the year for us.”