This klopačka tower is one of only five preserved in Slovakia. 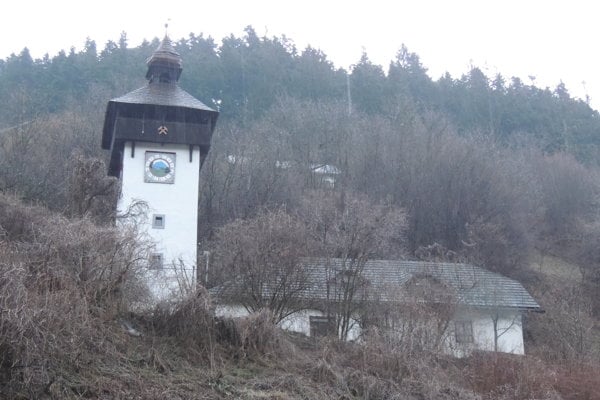 The village of Hodruša-Hámre, located next to Banská Štiavnica in central Slovakia, is proud of its klopačka tower, seven churches and a museum in a former mine dating to the Middle Ages as well as a ski centre.

The klopačka tower is a building with a resonant wooden board inside. The mine foreman used to signal the start of the working day by pounding a mallet on the board, creating a timbre heard throughout the village.

The klopačka tower in Hodruša-Hámre is one of only five that have been preserved in Slovakia today. Compared to the others, this one is special because its face has only one hand that tells the hour not the usual two for minutes and hours. The explanation is simple: as it dates back to 1611, the mechanism is not very accurate, and it might have been wrong over 15 or even 60 minutes each day.

“There was no practical reason for it to show minutes,” explained Peter Fridrich, a young student who is also klopačka’s administrator, as cited by the TASR newswire. 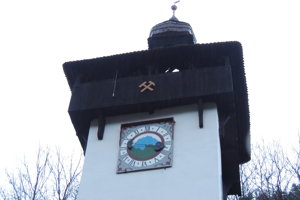 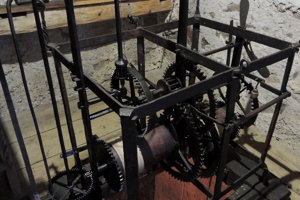 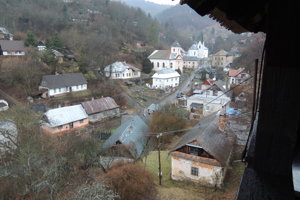 In Hodruša-Hámre the klopačka tower also served as a watch tower and its board was used during funerals, fires or when an enemy endangered the village.

Compared with a bell, the resonant wooden board enabled people to make more signals. Moreover, the signal did not spread so far as a bell’s sound and the enemy did not realise that he was discovered, explained Fridrich.

Hodruša-Hámre finally managed to restore the klopačka tower last year when it won a €25,000 subsidy from the Culture Ministry. They used the money for the reconstruction of its roof and other construction adjustments. They plan to ask for the same subsidy this year too to complete the restoration.

Hodruša-Hámre is located in the Štiavnické Vrchy mountains and in the past, it was part of Banská Štiavnica. Along with its better-known neighbour it is part of the area inscribed in the UNESCO World Heritage List.