Ice-sculptors worked with a massive 50 tonnes of ice on the weekend of January 12-14; their sculptures remain on display. 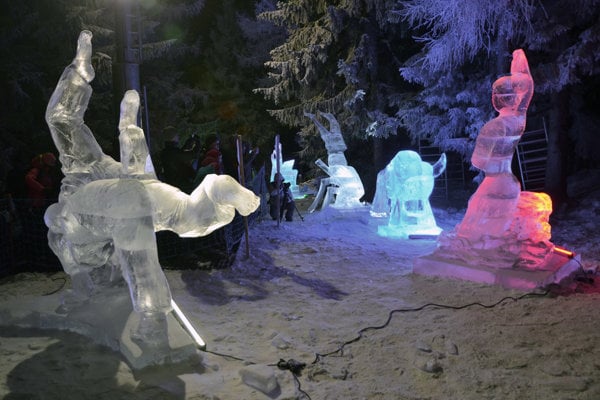 The winning ice sculpture with the theme World Fauna and Flora was made by a Russian team for the sixth year of the international ice-sculpting championship, Tatry Ice Master. The competition took place at the Hrebienok ski resort, between January 12 and 14, the Sme daily wrote. The second place went to ice-sculptors from the Czech Republic, and the third to the Polish team.

An international jury of three evaluated not just how the sculptures looked but also whether the connections were duly reinforced. On the final day, the sculptors carved beautiful plants, flowers and animals into the ice panels, head of the Regional Tourist Board in the High Tatras – Región Vysoké Tatry – Veronika Littvová reported as cited by Sme.

During the three-day event, ice sculptors from ten countries changed fifty tonnes of ice into unique artworks. During three days, about 30 ice sculptures were made. 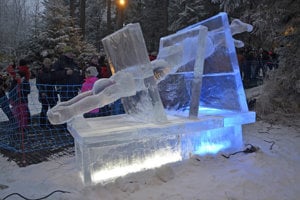 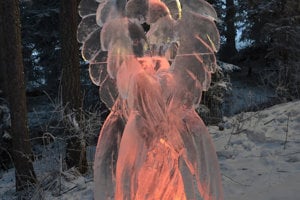 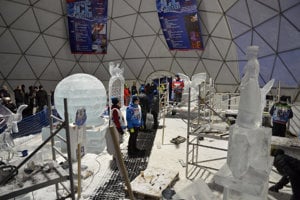 On the first day – January 12 – the theme was free, and sculptors worked on various motifs according to their own fantasies. Littvová said that the resulting effect was a huge surprise for the organisers, too.

Tourists decided that the Dutch team should receive their prize for a mythic scene of the fight between Good and Evil. On that day, Jana Kirschner came to sing.

The land I come from

Saturday was already a day of competition and the sculptors had to stick to the obligatory theme, The Land I Come From. The Polish team placed third, Slovaks were second, and the ice monument made by a group of Welsh sculptors drew most attention.

The atmosphere was enhanced with the performance of the King Shaolin band, and the ice-fire show – which was repeated the next day, together with rock music.

“The weather did not disappoint: the first two days were cloudy but the wind was nice, and at night, it got cooler,” Littvová said. “Sunday was beautiful, the Tatras were sun-lit. This day was an apt good-bye to the sixth year of the Tatry Ice Master. There were many tourists, some who came here with a purpose and some who just popped by, heading for a hike somewhere near.”

The impressive artworks made from ice will remain at Hrebienok. About one third of the sculptures will be protected by the air-conditioned dome of the Tatra Gallery of Ice Masters and so visitors will be able to view them for longer. The lifespan of the others which stay outdoors will depend on the weather, Sme wrote.