The biggest antiquarian bookshop from Leopoldov is stored in Trnava

The new year could bring a new cultural centre in antiquarian bookshop. 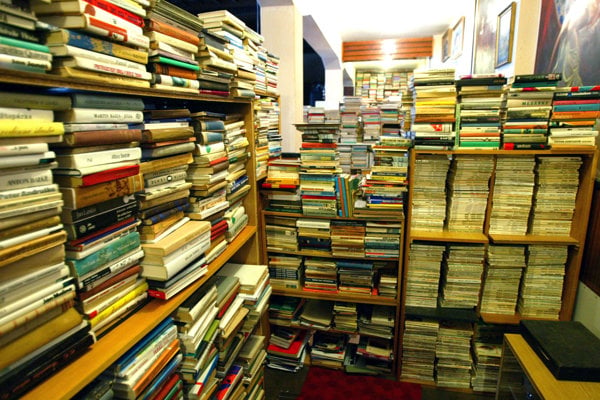 One of the biggest antiquarian bookshops in Europe, the estate of the deceased antiquary Tibor Ďurák from Leopoldov, has been stored in Trnava in the office building Tatrasklo for several months.

The citizen association (OZ) Nicolas Kont brought the books to Trnava last spring when they needed to clean out the original rooms near the Leopoldov railway station and they had no place to store them. OZ got an offer and helping hand from mayor of Trnava Peter Bročka.

The association, with a seat in Hlohovec, tries to save and restart unique antiquarian bookshops, according to its head Miroslav Dvoran. However, in the last few months, the association had to move books, paintings and other objects quickly out of Leopoldov.

“Hlohovec has a problem with space so we were glad for the possibility of storing in Trnava,” said Dvoran for the TASR newswire. Moving the antiquarian bookshop Europik meant work for 10 people over eight days; they used two vans to move about 50 tons of books. The vans returned 28 times, according to Dvoran. 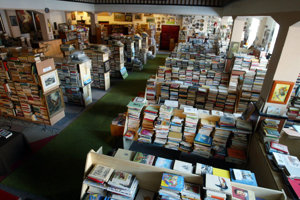 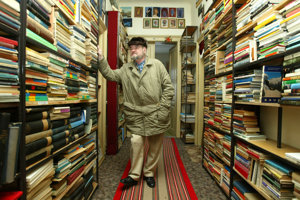 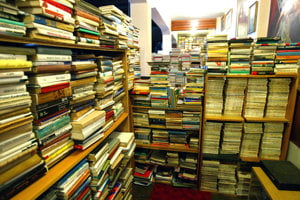 The contract with the town of Trnava for storing books expired at the end of 2017, and OZ has asked to prolong it. In the Tatrasklo company, books occupy five offices up to the ceiling. However, the association would like to have the antiquarian shop back in Hlohovec, according to Dvoran.

“I have an idea for a multicultural space that would earn money for itself,” said Dvoran for TASR. He is thinking also of an e-shop and other opportunities to sell books. The 50 tons of books are comprised of about 300, 000 books that must be catalogued and cared for. Currently, negotiations with Hlohovec and a possible investor are ongoing, he added.

“We would like to set up in the community hall that is in reconstruction now and should be open in the autumn. The local library will also move there. We could do discussions, concerts of minor genres and open a small coffee house,” summed up Dvoran for TASR.

Tibor Ďurák opened his own antiquarian bookshop in Leopoldov in 1992. Since 2003, the bookshop operated in a space of 350 square metres. Many Slovak personalities visited the biggest used bookshop in Slovakia, including presidents Kováč, Schuster and Gašparovič.