After a serious fall in the tenth leg, Slovak motorcyclist Štefan Svitko resigned from the 40th year of the Dakar Rally due to pain in his upper body. 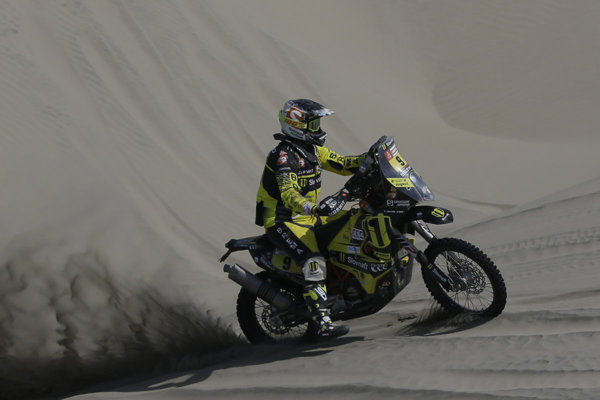 Slovak motorcyclist Štefan Svitko, who was eighth in the overall preliminary ranking, gave up in the 40th year of the off-road endurance desert race Dakar Rally (which since 2009 has taken place in South America instead of between Paris, France, and Dakar, Senegal). He fell in the 10th leg and due to severe upper body pain, the Slovak racer resigned on January 17. The vice-champion from 2016 was injured a day earlier, the SITA newswire wrote.

The Slovak public-service broadcaster RTVS reported on Facebook that Svitko has problems with his collarbone.

Svitko, aged 35 and coming from the village of Žaškov, was in the eighth preliminary place in overall classification. In his ninth participation, this is the third time he fails to finish the race.

On Tuesday, January 16, he ended 25th, due to the fall and ensuing problems. However, he initially believed he could recover and continue the race open both for cars and motorbikes.

“About 20 kilometres before the first part of the special ride, I suffered a terrible fall – I got kicked and I over above the bike,” he said in a video. “The site was not even marked in the roadbook. I also discussed it with Van Bevern and Walkner – they had problems there, too.”

“I'm doing quite poorly, my shoulder aches and I'm waiting for an X-ray examination,” he said immediately after the fall. He added that he hoped everything would be OK and the next morning he would be able to continue. This was not the case, though.