Daniel Kramer, a controversial US theatre director, will soon premiere a co-production with the Flemish Opera in the Slovak National Theatre. 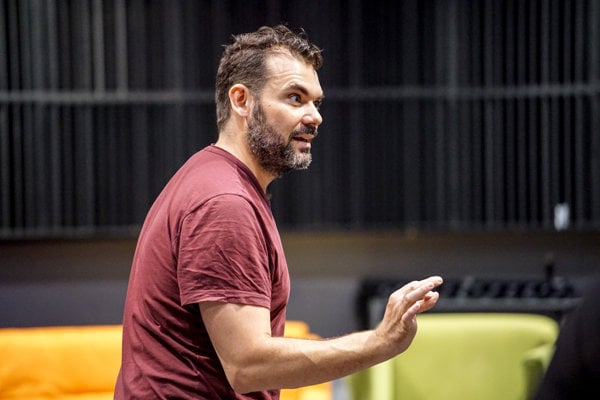 While the Slovak National Theatre has stable classical pieces on its repertoire known to all opera connoisseurs and fans, it also offers some less-known or rarely produced pieces to the Bratislava stage. One of them will be Sadko by Rimsky-Korsakov, to premiere on January 26/28, a co-production with the Flemish Opera in Antwerp and Ghent.

The Slovak Spectator spoke to the guest director of the work based on mediaeval Russian folk myths, Daniel Kramer, now leading the English National Opera.

Kramer is an American-born theatre, opera and dance director, appointed artistic director of the English National Opera in April 2016. He has had a fruitful career directing with a variety of drama and opera companies, including the Gate Theatre, Notting Hill; the Royal Shakespeare Company; and the Young Vic. In 2008, the American directed his first opera, Harrison Birtwistle’s Punch & Judy.

The Slovak Spectator (TSS): As for your work, one of your intentions is allegedly to confront people, or to take them out of their comfort zone…

TSS: When you are in the audience yourself, do you also prefer provoking works?

DK: Yes, I only go to see art if it’s going to wake me up – and ask me difficult or beautiful questions. Only when I am on a plane, sometimes I watch things for “just entertainment”, to just pass the time – and I normally fall asleep then.

But apart from asking questions, good works can also come hand in hand with sheer joy.

TSS: What is your perception of your role in bringing the piece to stage? How much do you change the original work?

DK: I don’t consider any of my work as changing the questions the composer asks. But I don’t think any audience will hear the questions unless you point them. I would say that people just come and eat the cotton candy unless you tell them: There is a question here. For example, the Magic Flute is one of the most profound and intellectual operas on Earth, and most productions probably never even think about the questions – and that’s a problem for me, if a director actually does not think about the questions, and make sure he frames them.

TSS: Who are your audiences – for example in the English national opera, or in Ghent? Do you know them?

DK: We have about five core audiences: one of our biggest and most important audiences are commuters living just outside London; it may be too expensive for them to come to a live work of art by train and a dinner in London; so a lot of my favourite audiences bring Tupperware and their own food. That is my favourite audience – the class I grew up in. A large part of the commuter audience I’ve spoken to love some of the big classics, like Carmen, Traviata or Bohéme.

The second type is the newcomer audience which represents really a lot of people. I can’t speak for Slovakia but in England, many, many people come to performing art just once a year. They are not like us, weird artists, who go six times a week, or like patrons who usually have time and money to come almost every day. They are rather like my mum who went to see the Lion King last year – and she had to drive one hour for that, and she went with my cousins and nieces, and that was her big outing, her piece of art for that year. I was so proud of her, it’s awesome. As for the newcomers, they know the title of Traviata, of Carmen, and they know the myth of Bohéme – so these are the operas that are key for newcomers – and also for the cross-overs.

I don’t consider any of my work as changing the questions the composer asks. But I don’t think any audience will hear the questions unless you point them.

That is the third group of audience, the musical audience. The musical is such a popular art form in London in particular, so a lot of people who like Cats, or Phantom of the Opera really end up loving Bohéme and Traviata, these huge romantic operas.

And then I would say we have a core audience – that is the subscriber audience who love opera. They had their first experience, they loved it and said: Do you know what? I want to see more opera. And these visitors would know Strauss’ Rosenkavalier, Salome or Benjamin Britten because he is English – Peter Grimes, Billy Budd, and they like Lucia di Lammermoor… They know the 20 or 30 main operas that float around the opera houses, and there are only 20 or 30 operas that most of us do. This core opera audience is our bread and butter, a lot of them are members who may give a thousand pounds, which adds a up lot. And what is my favourite thing: they are full of opinions, in the best way. I love the conversation with core opera audience because they know Traviata, they have seen it several times and they know – “you have done this and you have not done that”. They want to have this really intense conversation about why the costumes are 1920s versus 1856s.

TSS: How do these people react?

DK: That’s one thing I love that opera has over theatre – when an opera audience cheers or boos. They’re so vocal! I think in opera, people still have an active dialogue: “What are you doing? What did you say?” Our repertoire is more limited than the drama – playwrights write every day a new piece. It takes a lot more to write and produce a new opera.

But I don’t know about the audience here, and for me, it is enough if they stay until the end. From journalists, I am getting the sense that people expect a huge, radical thing that is not set in 12th-century period costumes – which, working in western Europe, is almost never the case. Why would you set something in the original period? Why wouldn’t you make it with a fresh interpretation? 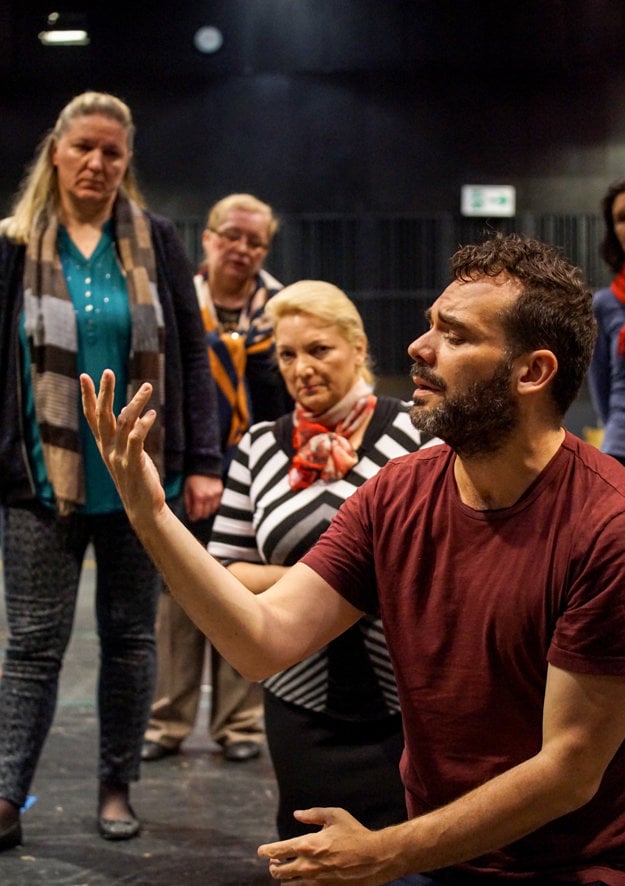 I would say that the SND artistic director is an important leader, and we must give our audience a spectrum. I know a very famous opera house in America but in 20 years, all their patrons will be dead! And their love for historical costumes – which are in a museum if you need to see them – will be dead as well. So I think it’s great that one opera a season is saying to a 20-year-old – “This is about you, too, not excluding us, people”.

I’ve got some beautiful historical costumes in this opera, I’ve got a chorus of swans, a chorus of the underworld, there is some incredible fantasy in this piece. But there are also some really contemporary people, like us.