Prešov has a new attraction, a model of the historical city

The model shows how the eastern Slovak city used to look in 1768. 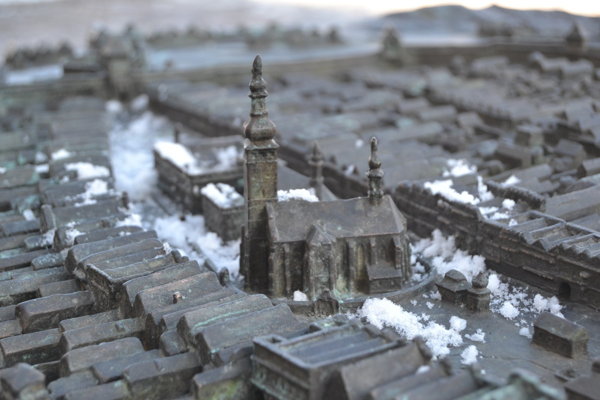 A new attraction has been added to the centre of Prešov. In the Main Square, near the Šariš Gallery, a three-dimensional historical model of the city – the way it looked 250 years go – has appeared.

The bronze 3D model of the city expresses the historical form of the city centre in the 18th century, including the city walls, entrance gates and already non-existent buildings – like the former townhall in the Southern park, press official of the Prešov Municipal Office, Milan Grejták, told the SITA newswire. 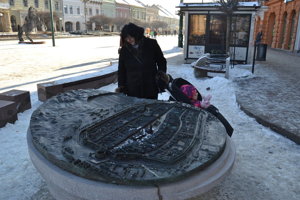 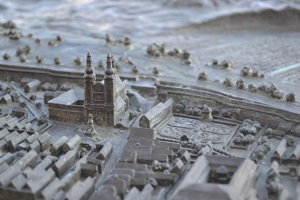 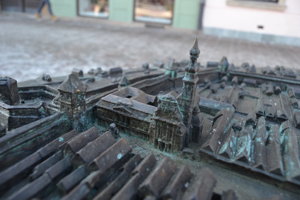 People can find important Prešov dominant structures according to numbers and the description which is part of this work. The texts are also in Braille.

"The historical 3D model shows Prešov the way it looked in 1768," Prešov Mayor Andrea Turčanová said. “It is our contribution to the beautification of the city centre, as well as the increase of Prešov’s attractiveness for tourists,“ she added.

The model was made as part of the joint project called History of Cities in Modern Design, which is carried out by Prešov and Krosno in Poland within the cross-border 2014-2020 Cooperation Interreg V-A Poland-Slovakia Programme.

The programme's goal is to create new tourism products, which will make the cultural and natural heritage of both cities attractive, through modern forms of presentation, the Prešov Korzár regional newspaper wrote on January 18.

Prešov created a bronze 3D model of the historical city centre, while in Krosno, officials decided to present historical and cultural buildings of the city’s traditional route through 3D glasses and a panoramic field glass.

A workshop and a conference, including a debate on modern technologies in architecture with regard to historical experience, are part of the project.

“The changes of the city environment in both cities in the past 150 years will be presented by a photography album as well,” Grejták added, as cited by the Prešov Korzár.

The project has been implemented with a contribution by the European Fund of Regional Development for almost €29,000 in total, in which the city of Prešov participated with a 5-percent co-financing.