The Japanese Foreign Minister bestowed an award on the State Opera Banská Bystrica, marking 20 years of cooperation and 30 tours of the country. 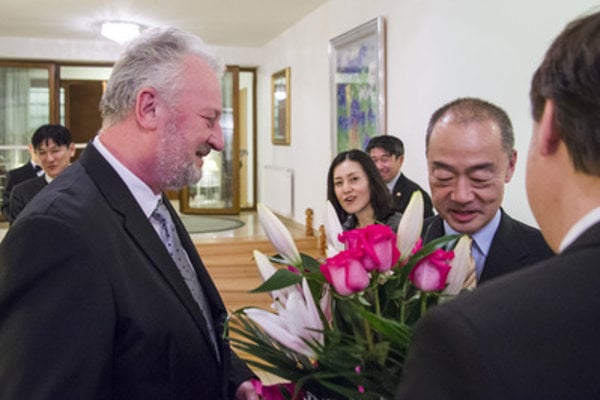 “After 20 years of cooperation and more than 30 tours in Japan, we still look forward to touring this country,” head of the State Opera in Banská Bystrica, Rudolf Hromada, said as quoted by the TASR newswire. “It is a completely different world, and for someone who likes order and system it is just the right place to feel well.”

The Japanese Embassy in Slovakia has awarded the Banská Bystrica State Opera one of the 2017 prizes of the Japanese Foreign Minister for its merits in deepening mutual understanding between Japan and Slovakia by means of music, Zuzana Ondrejková Želinská of the Embassy’s cultural section announced.

The award ceremony itself took place at the Japanese ambassador’s residence in Bratislava on January 16.

The cooperation between the opera and Japan began back in 1996 when a grant of 47.5 million Japanese yen (just under €351,000) from the Japanese government to the Banská Bystrica-based opera was signed. The grant helped the opera resolve many technical problems.

“The State Opera has been putting on concerts in Japan every year since then,” Ondrejková Želinská noted for TASR. “The main philosophy of the cooperation is for the two countries to get to know each other’s cultures and to promote the Slovak opera scene in Japan. It should be noted that this cooperation is not based on a commercial basis. Concerts have been organised chiefly through local governments, education committees or local hobby groups, and thanks to the willingness of many devoted Japanese friends and supporters.” 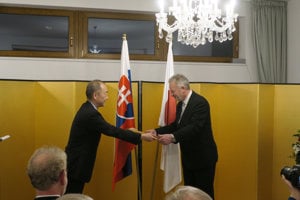 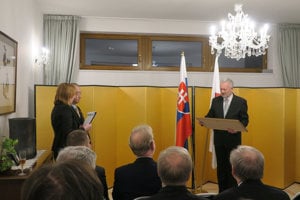 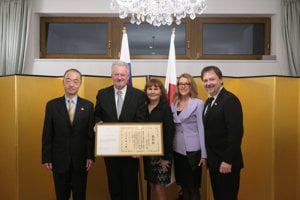 The State Opera also strives to promote Japanese culture in Slovakia, she continued. The opera has been developing active projects with soloists and conductors from Japan. In 2016, it organised several events to mark the 20th anniversary of the Slovak-Japanese cooperation. A Shinto dance, Kagua from the region of Nagano, and an art troupe from Okinawa were presented in the Banská Bystrica opera house, as well as a music-drama piece “Under the Blooming Sakuras”, a joint Slovak-Japanese work (with libretto by Jozef Slovák and music by Vladimír Godár, both Slovaks).

The State Opera received the prestigious award of the Japanese ambassador in 2015. Now it has been awarded the Japanese Foreign Minister’s honour, presented to individuals or groups that significantly contribute to mutual understanding and the deepening of friendly relations between Japan and other countries. This time, the award went to 187 individuals and 45 groups (27 individuals and 9 groups from Japan, 160 individuals and 36 groups from abroad). All of them received diplomas and memorial items (silk scarves, furoshiki).

On February 2, soloists of the State Opera embark on the next Japanese tour to Osaka and a city close to Yokohama, with operatic arias from Carmen as well as popular “world hits”, Hromada said as cited by TASR. So far, Banská Bystrica artists have met with avid, very profound but also quite emotional responses in Japan, the head of State Opera Banská Bystrica summed up.