The criticism for moving paintings by Jiří Načeradský came from both Slovak and foreign art experts and collectors. 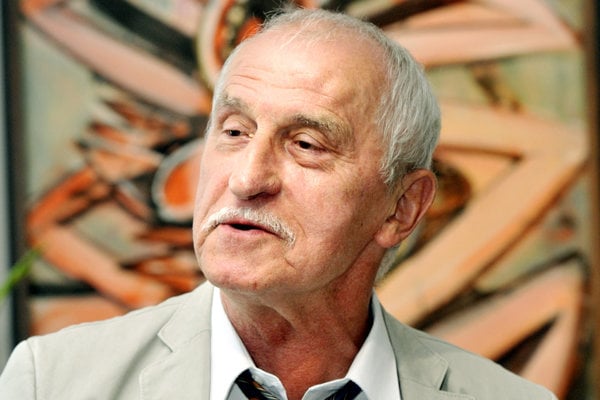 The exhibition of Czech artist Jiří Načeradský ended prematurely. The paintings outraged the new director of the gallery who had moved some of them, depicting naked bodies, outside the main room, the Pravda daily reported.

The paintings were part of the collection of Ivan Melicherčík, Slovak art collector. Piešťany Mayor Miloš Tamajka and head of the Fountain Gallery Marta Jurčová decided to move them to the side corridor that also serves as the entrance to the cinema, without informing their owner. They complained about the depiction of the naked human bodies.

“They hurt the whole idea of the exhibition,” Melicherčík told Pravda. “Without my permission they moved the key pieces of the collection to an absolutely inappropriate and demeaning space.”

When he learned about the moved paintings, he asked to end the exhibition since he considers such an approach “barbaric towards art, the exhibition and the removed artist”. 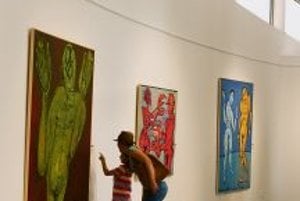 “I have never experienced anything like this,” Melicherčík added for Pravda.

Jurčová explained that such paintings do not belong in a wedding hall, where they were originally exhibited, since also children can see them.

She explained that the exhibition was prepared by former head of the gallery Martin Valo, who is also deputy mayor. After she informed Tamajka about the exhibition’s content, they decided to move the paintings, she explained.

The step outraged other countries

Art experts do not understand the move, though.

“The information about censoring Načeradský’s exhibition has shocked me,” said Peter Mach, a gallery owner who administers the artist’s works, as quoted by Pravda, adding that many other places in Slovakia have welcomed the exhibitions of this artist.

They have been exhibited in famous museums in New York, Washington, Paris, London, Vienna, Berlin and Bratislava, he added.

“Načeradský experienced censorship during communism,” Mach continued for Pravda. “I don’t want to believe that such an outrageous approach to free art is now coming back in Slovakia, the country in which he had many friends and where he liked to return.”

Critical responses to moving the paintings also came from the Czech Republic and collectors from Washington, Pravda reported.

Načeradský (1939-2014) was a major representative of figural painting in the second half of the 20th century.

After the 1989 overthrow of the communist regime, he worked as a lecturer at the Academy of Fine Arts in Prague, where he studied in the 1960s. In 1991, he was appointed a professor, the ČTK newswire reported.

In the 1970s and 1980s, Načeradský could not officially create and had to make his living with the restoration of historical buildings.

In 1978, the Paris Centre Georges Pompidou bought seven of his drawings for its collections.