Slovak scientist in the US: Slovak science needs more than just money to thrive

It seems as if we do not want skilled scientists to return home, says Dominika Truban, who founded a platform connecting Slovak researchers abroad and at home. 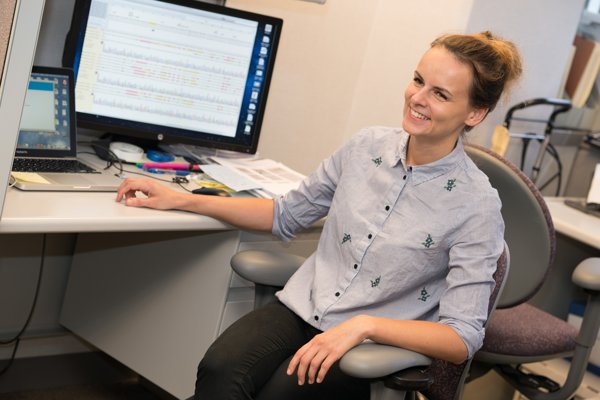 Dominika Truban is one of the young scientists who decided to leave Slovakia for better work and research conditions.

“My decision to leave was partly influenced by my older colleagues; they were telling me that abroad there are better conditions for science,” Truban told The Slovak Spectator, adding that she wanted to gain not only work but also life experiences.

Truban left for the US after she received her degree in biochemistry and medicine. When she started working in Jacksonville, there were two Slovaks working at

Truban studied medicine and biochemistry. She works for the Department of Neuroscience at Mayo Clinic in Jacksonville. She researches neurodegenerative diseases, mainly Parkinson’s. Truban would like to continue with this research after returning to Slovakia.

the clinic, one of them at the same laboratory as her.

“I’m still in contact with Slovak scientists all around the world and Slovakia as well,” Truban explained. Those contacts motivated her to found the Žijem Vedu (I Live Science) platform.

“One of my long-term dreams is to create a grant for skilled scientists to be able to work under the auspices of the platform,” explains Truban.

Currently, several scientists and researchers are working on the project. The platform connects scientists on different levels and it is focused on conferences, articles, discussions and vacancies. In the future, the platform should work as advisory, mainstream and respected association helping to develop science in Slovakia, Truban said. 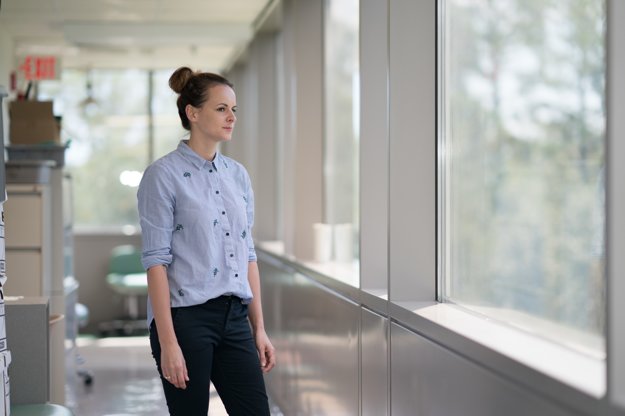 “If we tried to compare Slovak science to the world, we would cry,” said Truban, mentioning the quality of publications and percentage of GDP that goes to Slovak science.

However, she mentioned skilled people and scientific groups that even in Slovakia could carry out research of global importance.

“The question is what Slovak science could achieve if it got enough support,” thinks Truban, adding that finance for research should be a natural thing to be able to compete in the world and not solve an existential question.

“We have to spend money effectively, in the right way,” she said.

But money assigned to science is not the only area where Slovakia lags behind. Truban claims that society needs to view scientists differently.

“I think that ordinary people do not perceive science as something crucial. But doing science is not only a job, it is a mission,” explains Truban, adding that scientists are people who improve the quality of lives and move our world and knowledge forward.

The popularisation of science would help, according to her, because grandiose statements are presented these days but they are often false or half-truth.

“Science deserves it,” Truban said. “Science will surely be the employment that will not disappear even after robotic automation, quite the opposite. It will become even more important.” 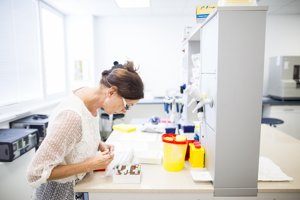 Read also: Scientists sent open letter to PM and Minister of Education. These are their demands Read more

It should be possible to gain grants, a favourable atmosphere and the support of the cooperation and best people, according to Truban.

“Then we could do a lot of interesting research in Slovakia that would bring in many interesting people,” Truban said.

Young scientists consider science to be a closed field in Slovakia because there are no published positions for foreign scientists and for scientists from Slovakia wanting to return home.

“There is no support for young skilled scientists returning home. It seems like we do not want them here,” Truban stated.

She is also one of those who plans to return home. However, she admits that it is not an easy and unequivocal decision.

“I love my job in the US, it has determined the direction of my next research,” Truban explained. She plans to keep researching after returning home.

“Science is for me a trip into the imagination, it can turn our dreams into reality,” summed up Truban.