The case is the result of the biggest scandal of the Iveta Radičová government. 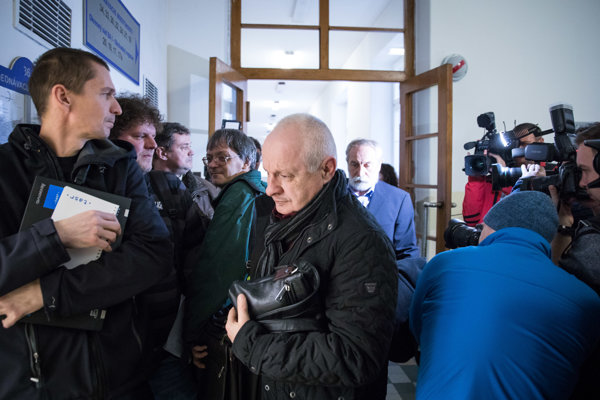 An expert who assessed the general value of platinum mesh as being much lower than the real price will probably spend 10 years in prison according to the ruling issued by the Bratislava I District Court senate, led by Stanislav Dutko.

Expert Ondrej Balog assessed the general value of the platinum mesh at €81,270, even though the real value was nearly €3 million. The court found him guilty as it had no doubt that he aided in the commission of the crime, the Sme daily reported.

The ruling is not yet valid as Balog and his lawyer appealed the decision in the courtroom.

Juraj Lettrich, who led the service office of the Administration of State Material Reserves (SŠHR) at the time the platinum mesh was sold under price, was set free. This sentence was challenged by the prosecutor.

Neither Lettrich nor Balog commented on the ruling, Sme wrote.

The court will decide the case of a third man accused in one of the biggest scandals of the Iveta Radičová government (2010-2012) Ján Koritko, in a separate proceeding as proposed by the prosecutor in order to speed up the process, the daily reported.

Police may have known about the problems earlier

The case goes back to October 2011 when media outlets reported that the SŠHR, led at the time by the Slovak Democratic and Christian Union (SDKÚ) nominee Eva Hrinková, repeatedly broke the law when selling platinum mesh to a company belonging to Michal Hudoba, an SDKÚ candidate in the 2006 general elections.

The inspection found that the department broke the law when it invited possible bidders to take part in the sale via the web. Moreover, it acted illegally when selecting an expert to assess the value of the platinum being sold.

During the explanation of the ruling, the judge hinted several times that the responsibility for the disadvantageous sale of the platinum mesh does not end with the three accused.

“The court has heard several witnesses and can say that neither Lettrich nor Balog came up with the idea of how to acquire money from state property,” Dutko said, as quoted by Sme, adding that though he cannot comment on the police work, there were several disputable issues.

The testimonies indicated that the police knew about the dubious sale of the mesh as early as the summer of 2011. They only began to take action, however, in early 2012 when the platinum mesh had already been sold and the money was definitely lost, Sme wrote.