No new highways this year 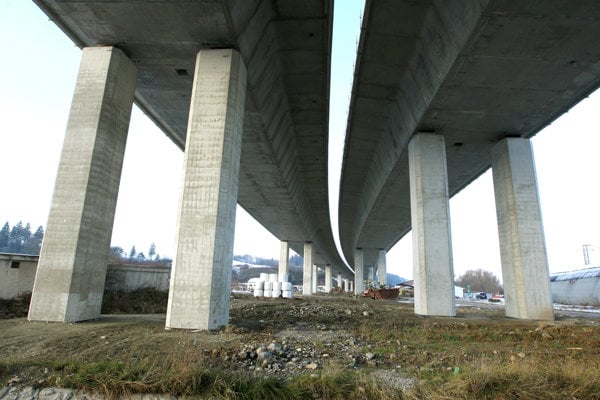 Builders will not complete any new stretch of highway or dual carriageway this year. This is due to geological complications that occurred during the construction work while some experts see bad management behind the dragging highway construction. The D1 highway connecting Bratislava and Košice might be completed in 2026 at the earliest.

“The highways do not have any concept and strategy,” Juraj Čermák, former investment director of the National Highway Company (NDS) told the Sme daily. “The concept and strategy of highway construction changes with each new minister, general director and strong state secretary.”

The NDS claims that the stretches currently under construction in the Žilina Region are the technically most complicated and their construction is time-consuming.

“This has also resulted in no new highway stretch being completed this year,” said NDS spokesperson Michaela Michalová, as cited by the Hospodárske Noviny daily.

Originally the 11.3-km D1 stretch Hričovské Podhradie-Lietavská Lúčka should have been completed this January. But its construction is lasting longer than planned and should be completed only in mid-2019.

This stretch is the first part of the Žilina bypass. Its second part, the13.5-km Lietavská Lúčka – Dubná Skala, may also be delayed. The Salini Impregilo and Dúha construction consortium are late with the construction of the 7.5-km Višňové tunnel, which is part of it. They should have bored the tunnel by December 27, 2017, but this did not happen.

Border checks will last for 10 days, but can be extended.