The Slovak economy is at risk of overheating. 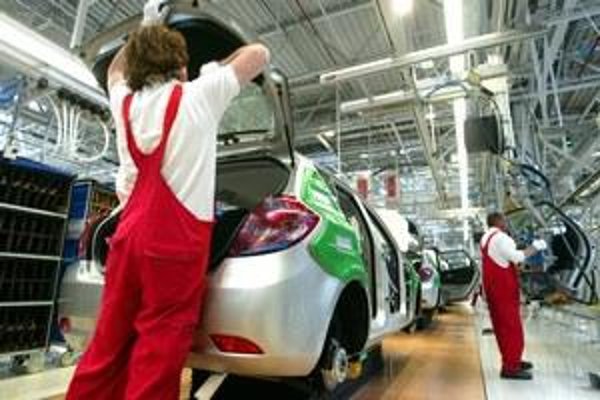 “The ratings for Slovakia reflect the country’s solid economic growth prospects, sound fiscal position, and low external debt,” the agency writes in its press release from January 26. “However, the ratings remain constrained by the still-modest GDP per capita compared with the country’s European peers. In our view, the economy is also at risk of overheating, given the state of nearly full employment, accelerating real wage growth, and strong retail credit growth. Nevertheless, we expect macroprudential tightening and rising investment in Slovakia’s already formidable export capacity will prevent a marked rise in economic imbalances, or a loss of external competitiveness.”

The auto sector accounts for about 35 percent of Slovakia’s exports, making trade numbers sensitive to the industry’s business cycle developments. Moreover, of total exports, 50 percent goes to Germany, Austria, and three other central European markets, the agency points out. Slovakia also has indirect exposure to China and the U.S. via auto companies. As such, a main risk to growth would stem from decelerating trade in Europe and a possible rise in global protectionism, or from a disruption to the automotive sector and supply chains into Germany.

The stable outlook reflects the view of the rating agency over the next two years of Slovakia’s solid economic growth prospects, despite its high reliance on auto exports.

“We project that the current rapid expansion in household credit growth will subside as macroprudential tightening takes effect this year,” the agency writes in its press release.