One of the tourist attractions of the eastern-Slovak village is an alley lined with larger-than-life Hungarian emperors. 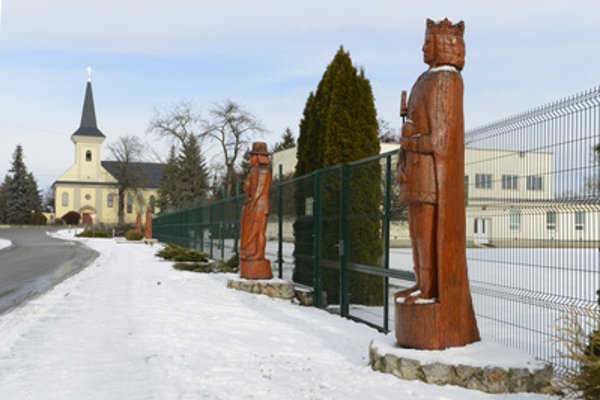 The Alley of Kings in Čečejovce (Source: TASR)
Font size:A-|A+9

In the village of Čečejovce (Košice Region), the Alley of the Kings comes as a surprise to visitors. It is lined with eight wooden statues of the Hungarian Kingdom’s mediaeval rulers, the TASR newswire wrote on January 27. Not just the village but the whole of Slovakia used to be part of the Hungarian Kingdom between the years 1000 and 1918, while Čečejovce even fell under the new Hungarian regime during part of the 20th century. 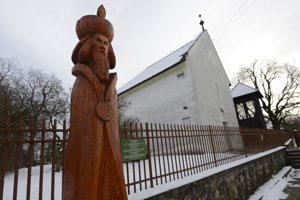 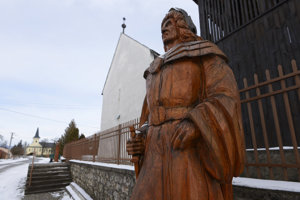 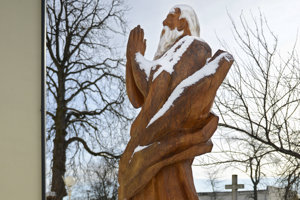 The alley starts in the village centre, near the memorial to the victims of World Wars I and II, and continues in the direction of the Calvinist early-gothic church which, along with its medieval frescoes, represents another interesting stop for tourists.

The statues are complemented with information about the kings in Slovak, Hungarian and English, with an emphasis on their connection with the region. The statues were crafted by woodcutters Jan Lukács of Moldava nad Bodvou and Magdaléna Palenčárová of Čečejovce.

Worth a total of €17,000, the project was supported by the Terra Incognita programme of the Kosice region.

What lies behind the big wooden statues in Čečejovce

“The statues depict the kings who ruled over five centuries,” the village mayor, Július Pelegrin told TASR. “When selecting them, we primarily considered their relation to this area, and the deeds they did to its benefit. They include, for example, the third Hungarian king, Aba Samuel (1041-1044) who allegedly gave this name to the Abov region.

“This helps draw attention here and attracts tourists,” Pelegrin stated. “As it all begins at the main road, people tend to notice, stop and go to see the statues, as well as the early-gothic church.” The Mayor added that their project is based on the idea of writer Slavomír Szabó of the Košice literary society, Pravé Orechové.

These are not the only wooden statues in Čečejovce, though; Visitors can also see St John the Apostle near the Roman-Catholic church, Ján Amos Komenský near the elementary school and, during each Christmas season, the wooden Nativity scene made by local woodcutter František Palenčár is exhibited, TASR wrote.