Hiding in the mountains

The rescuers of the Friedman family pretended their distant relatives were staying with them. 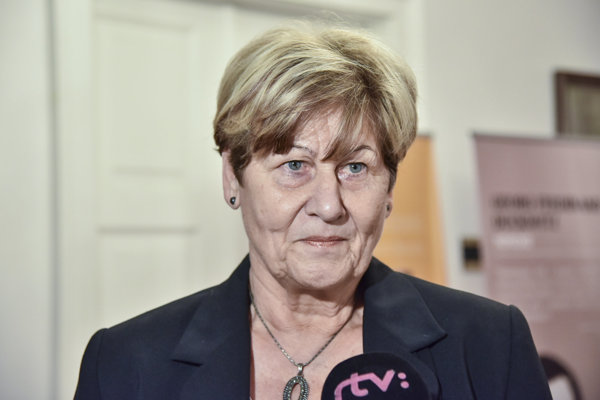 Rescuers: Mária Hradská and her parents Adam and Mária Fiačan

The family of William and Zlatica Friedman had four sons and a daughter. In 1942, the City Council of Liptovský Mikuláš issued a regulation regarding deportation of Jews to concentration camps. The Friedmans managed to avoid the first deportation wave, but in May 1944, all remaining Jews in Liptovský Mikuláš were gathered in a synagogue and were going to be deported to concentration camps.

William Friedman managed to persuade the Slovak police officers guarding the train to turn a blind eye on him and his family and let them escape from the train. The family fled to a village named Iljanovo, near Liptovský Mikuláš. There, they stayed with the Šintaj family. From Iljanovo, William Friedman went to the Tatra Mountains to build a shelter in the woods where his entire family moved soon afterwards. Every night William went down to the village to get some food for his family. Not always was he successful. The family members dug burrows and holes and covered themselves under the snow in order to warm up and avoid the winds and the harsh cold.

One day, the Germans raided the shelter, but the family managed to escape to another shelter built by William as a backup. Meanwhile, the Germans discovered that another family, the Zieglers, had also been hiding in the area. William decided to provide refuge to the Zieglers as well. Eventually, he joined the partisan forces where he used his previous Czechoslovak army experience and became a machine-gunner.

Later, the family had to find a shelter again. They found a hiding place in a basement of a house; however, they soon realized that a group of Germans was also hiding in the same house. They decided to stay there for a while. During the day, when the Germans left to fight, the family walked out and used the house, at night they returned to the basement. One day a German soldier unexpectedly returned earlier and saw the children running to the basement. After this incident, the mother decided to contact Mária Hradská, the rescuer, and ask for help. The family continued its journey towards the village of Galovany, where Maria lived with her parents.

Even though the situation in the village was not safe, Adam Fiačan and his wife Maria took the family in and hid them at their place. The Fiačan family helped the Friedmans as much as they could, running extreme risks associated with concealing Jews. When curious neighbours asked questions, they answered a distant family members were temporarily staying with them.

Unfortunately, a big German army unit was stationed in the village and its commanding officer decided to stay at the Fiačans’ house. Adam Fiačan knew he could not hide the family much longer. One night, while he and the German officer were sitting outside the house and talked about the cruelty of the war, Adam mentioned his family also lost their home, therefore they now live together. The next morning, Adam introduced the Friedmans to the German officer as his relatives using only their first names. Maybe it was the look of the youngest kid Yossef, or how well both families lived together, but they managed to stay together in the same house almost until the end of the war. The town was liberated on April 4th, 1945, and afterwards the Friedmans returned to Liptovský Mikuláš.