Many people do not report their findings, so they end up in foreign exchanges. 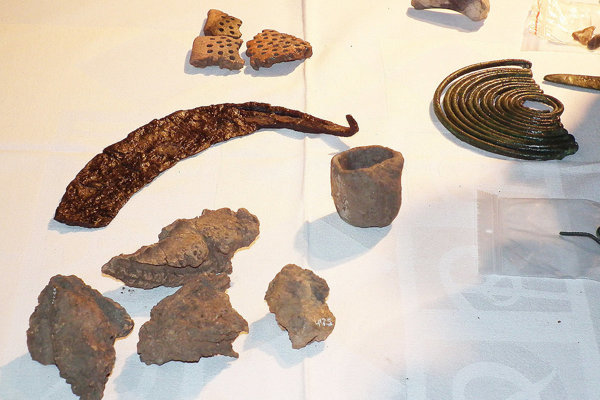 About six months ago, Jozef Gábor from Hruštín found a piece of rusty metal in a local stream and took it to the Orava museum. The object turned out to be a prehistoric axe, My Orava wrote.

“It is an axe from the Eneolithic period, made from copper that used to be mined in Staré Hory near Banská Bystrica. Other objects are made from the copper mined there, for example a similar axe from Oravský Podzámok and wedge from Oravská Polhora. They are about 5,000 years old,” said Barbora Danielová, an archaeologist from Oravské museum, as cited by My Orava.

The archaeologist, together with Jozef Gábor, documented the place of discovery and reported it to the The Regional Monuments Board in Žilina. Gábor gets a reward of 280 euros for his finding, My Orava reported.

There are many archaeological discoveries in Orava and many more are surely still in the ground. However, a finder rarely hands in what he or she found, My Orava wrote.

People are often scared that if they find something on their property, they would not be able to continue construction works. On the other hand, some people walk in the woods and meadows with a metal detector to find treasure from the past, My Orava reported.

Both actions are illegal. Every finding should be handed in to experts to consider whether it is precious or not. The finder may then apply for a finder’s reward, My Orava wrote.

“We believe that there will be fewer illegal finders,” said Danielová for My Orava. She explained that often when metal detectors beep for something with a metal composition, people dig it out but non-metal objects may lay close undetected. An illegal finder can take out just the metal thing and destroy the whole finding.

“Many discoveries also end up at exchanges abroad; that is very sad. We have to protect our archaeological heritage from our ancestors and make them stay at home, in Orava,” summed up the archaeologist, as quoted by My Orava.