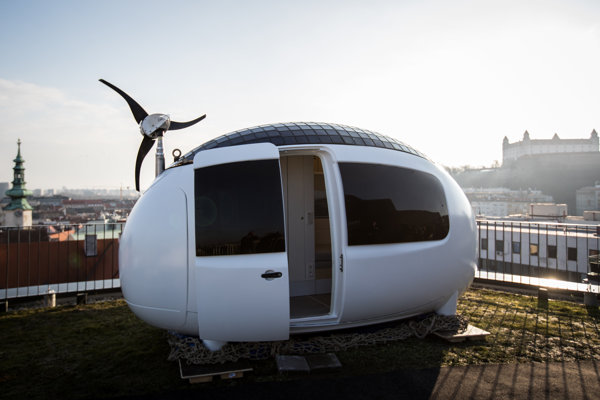 At the beginning there was an architectural competition in the US in 2009 for which a team of Slovak architects designed a compact mobile home. Even though they did not win, their idea raised the interest of media and potential clients. They continued to work on the concept and in 2015 introduced the zero prototype of the Ecocapsule. Next week they will dispatch the first elegant egg-shaped self-sustainable smart house to the first client in Japan.

“We are starting production of the first 50 Ecocapsules,” said architect Tomáš Žáček, CEO and one of founders of the company Ecocapsule, when presenting the compact mobile house in Bratislava on January 31. He designed the Ecocapsule together with Soňa Pohlová.

Next Ecocapsules will be shipped to Australia and the US where an unnamed Hollywood celebrity will be among the first owners of the micro home. The company plans to manufacture all 50 Ecocapsules within this pre-serial production by the end of 2018. Each of these customised Ecocapsules costs €79,900 excluding VAT. 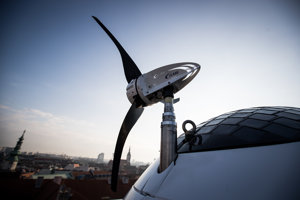 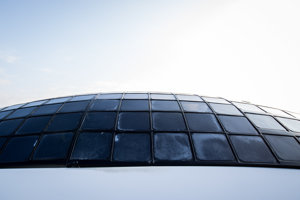 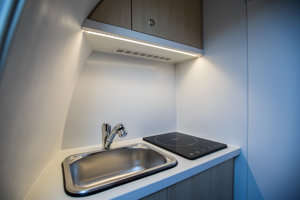 The idea of the Slovak team is make mobile homes more affordable. It promises to invest all profits from the sale of the first limited edition into the expansion of the production capacities and development of future generations of the Ecocapsule. For now it has refused to reveal what will be the price of the compact mobile house after launching serial production.

The Ecocapsule is a self-sustainable smart house for one or two people powered solely by solar and wind energy. Its egg shape minimizes heat loss and enables the collection of rainwater into a water tank. It allows its owners to live off-the-grid either on a meadow in the mountains, a remote island or a garden in a city.

“We wanted to design a beautiful, mobile and energy-effective micro house,” said Žáček.