Among the many anniversaries Slovakia is celebrating in 2018, there is one which concerns a smaller group of people: the Lúčnica folklore troupe, known at home and abroad, turns 70. 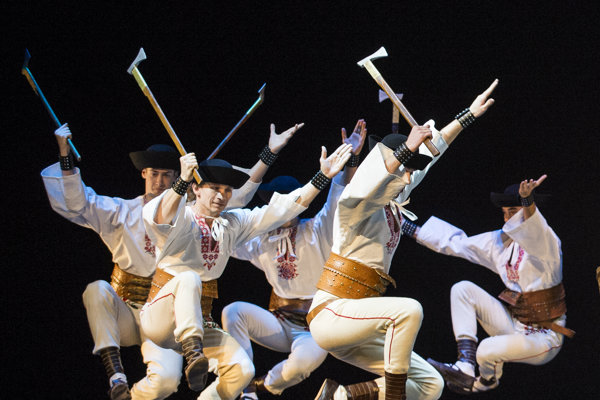 “During the 70 years of Lúčica, almost 2,500 members have participated in its activities in turns,” general manager of the folklore ensemble, Marián Turner, said as quoted by the TASR newswire. “They all have credit for creating a phenomenon that is unprecedented in the history of Slovak culture.”

With their professional quality and engagement, Lúčnica performers have managed to present Slovak original folklore in stylised, modernised stage form in more than 60 countries worldwide. Thus, Lúčnica became one of the most important cultural ambassadors of its homeland, and is currently ranked among the best ensembles worldwide – by audiences, reviewers and international agencies alike.

The ensemble continues to bear the message of the necessity preserving Slovak traditional culture – with new ideas, visions and forms of conceiving its programmes, Turner summed up.

Lúčnica's way to the top

The way was long, difficult but beautiful, Lúčnica's former and current members agree. It started from amateur performances in post-World War II balls in folk costumes in the Reduta venue in Bratislava, through the first public performances in Prague, at the Slavonic Agricultural Fair in May 1948, the construction of the Trať Mládeže (Youth Railway) build by young volunteers, and the first tours abroad in 1949, to the current huge successes on the national and global stages of the biggest theatres and opera houses, TASR wrote. 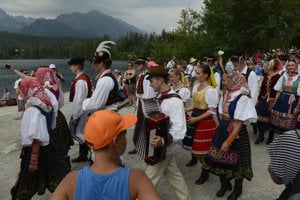 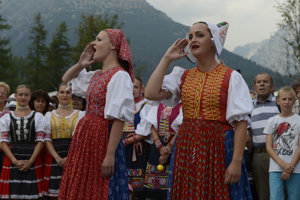 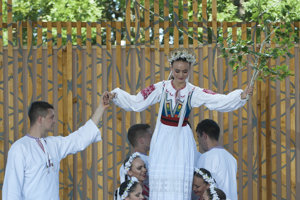 “Hailing the 70th anniversary, the Lúčnica artistic ensemble has prepared a series of festive events where it will stage the Štefan Nosáľ 90 programme,” Turner noted, as cited by TASR.

It is a unique and technically demanding performance, including the big-screen projection of unique archive documents, more than 100 performers and special guests.

“It pays tribute to all Lúčnica members, but especially to the personage and artist who led it continuously from 1949 to 2017 as its art director and main choreographer,” Turner added, as quoted by TASR. “At the same time, it is a tribute to art based on the fundamentals of Slovak folk culture – modest and humble art that respects national traditions without losing authenticity on one hand, but highly professional and demanding art for interpretation on the other hand.”

These performances take place on February 7, 9, 10 and 11 in Incheba Expo Arena in Bratislava. Tickets cost €9 to €39 and can be purchased through the Ticketportal website. More information on the history and current events of the ensemble can be found, also in English, on its website.