The Court of Justice of the European Union issued a ruling concerning the alleged unjustified help to state-run insurance company. 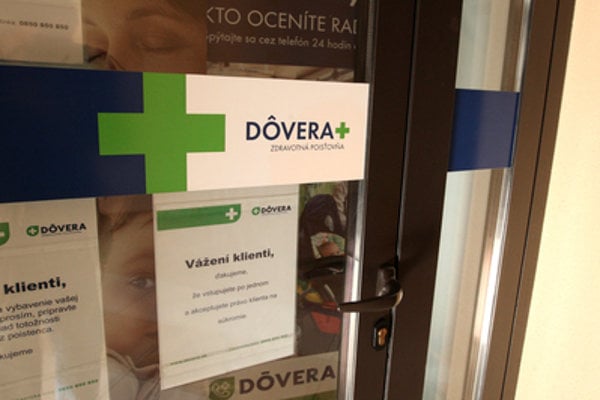 The only state-run health insurer in Slovakia, Všeobecná Zdravotná Poisťovňa (VšZP), is an enterprise, so the European Union rules on state aid applying to it. This stems from a ruling issued by the Court of Justice of the European Union in Luxembourg. It also states that all health insurance companies should have the same conditions for doing business, the Hospodárske Noviny economic daily wrote on February 6.

The judges in Luxembourg were dealing with a complaint submitted by private health insurer Dôvera, which claimed that the Slovak authorities unjustifiably helped its rivals, state-run insurers VšZP and the now-defunct Spoločná Zdravotná Poisťovňa (SZP). The state helped the latter with €15 million, and it prevented its bankruptcy only by merging with the former.

Dôvera, owned by the Penta financial group, first turned to the European Commission, but the EC turned down the complaint in 2014, stating that the help to the state-run insurer was not state aid.

The current ruling of the Luxembourg-based court annuls the original EC decision. It has not said, however, whether the help was really state aid, the daily summed up.

ECJ: All health insurers should have the same conditions

The ruling of the court states that all health insurance companies should have the same conditions for doing business, Dôvera PR manager Branislav Cehlárik told the TASR newswire.

Moreover, Dôvera insists that the losses incurred by SZP and VšZP should not be paid for by all taxpayers. Its management now assumes that the matter will now return to the European Commission.

“We believe that the EC will reassess its original position,” said Dôvera CEO Martin Kultan, as quoted by TASR.

The motion was originally filed with the EC by Dôvera, which was later joined by Union ZP. They complained about total unjustified assistance amounting to €170 million in total, TASR wrote. This allegedly took the form of increasing SZP’s share capital by €15 million, repaying SZP’s debt via a state-owned company called Veriteľ (Creditor), a subsidy from the Health Ministry, and increasing VšZP’s share capital by €65.1 million in 2010.

Disclaimer: Dôvera is owned by the Penta financial group which has a minority share in Petit Press, the co-owner of The Slovak Spectator.