The newest change is a tile floor made in central Slovakia. 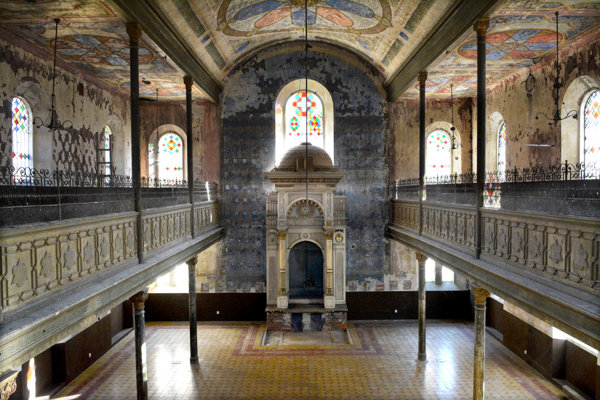 The dilapidated synagogue in Košice on Zvonárska street is slowly getting a facelift year by year. After reconstructing the façade, changing stained glass windows and repairing the roof, the Jewish congregation of Košice put in new floor tiles, Korzár Košice wrote.

The synagogue was built in 1883 and is the oldest one in Košice. It was destroyed during the Communist regime. The state scientific library moved there in the 1950s and left in 1995. The interior fell into disrepair after years with no upkeep, Korzár Košice reported.

The former floor tiles were almost absolutely destroyed; only some imprints were left in the entry foyer of the synagogue and near the step for the Torah case.