Tricky to travel this Wednesday. Heavy snowing, worse visibility and glazed ice causing worries on roads around Slovakia, complicating traffic – especially in bigger cities – and cutting off some locations, including hilly parts of Bratislava. 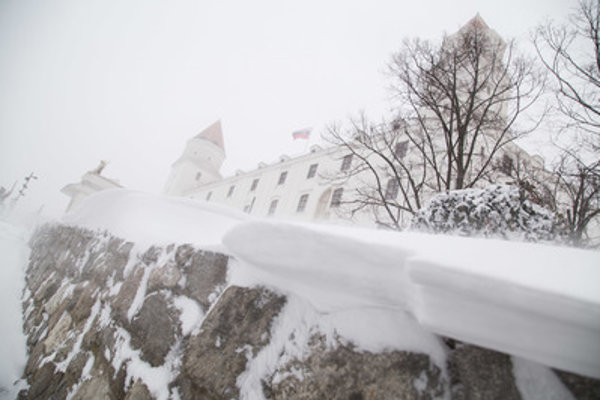 Drivers have to consider the persistent snowfall on February 7 that is making road travel risky, the Slovak Road Administration (SSC) informs on its website zjazdnost.sk.

“The limited range of visibility is around 100 metres due to heavy snowing on roads in and around Bratislava, Nitra, Banská Štiavnica and on the D1 Bratislava-Trnava highway,” they write, as quoted by the TASR newswire.

The Donovaly mountain pass had to be closed for cargo traffic over 10 metres. SSC adds that on main roads in Bratislava and on several 2nd class roads in the High Tatras, Low Tatras, Kremnica, northeastern Slovakia and the Gemer region, there is icy snow up to two centimetres in some places.

Hilly parts of the capital are having problems due to the snowing. City transport at Koliba collapsed in the morning, to be restored later and to collapse again after 11:00. Traffic jams formed around the SNP Bridge, at Palisády, and on Štefánikova Street, the SITA newswire wrote. It cites the Bratislava City-Transport Company (DPB) as reporting that trolleybuses are having problems at Palisády, Kramáre and Lamač.

“In other city areas, trams, buses and trolleybuses are 30 and more minutes late,” DPB wrote as cited by SITA. 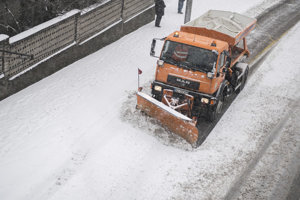 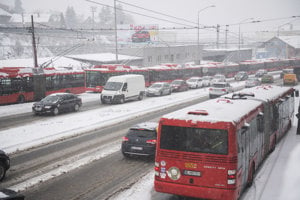 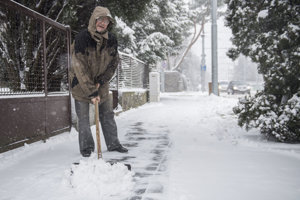 The city administration claims the road salting and snow plowing started in the early hours of Wednesday, using all available capacities. Roads in the capital are passable but not trouble-free, the city representatives informed.

M.R. Štefánik Airport in Bratislava has so far dispatched all flights, arrivals and departures on time. Air companies are using the removal of glazed frost and cleaning of runways by the airport technical services, according to SITA.

Due to the heavy snow, MPs failed to arrive at parliamentary session. They will only take the vote in the evening, at 11:00. The presiding Deputy Speaker of Parliament, Béla Bugár, suggested to vote on all points of the session at 17:00 instead, and MPs approved his proposal.