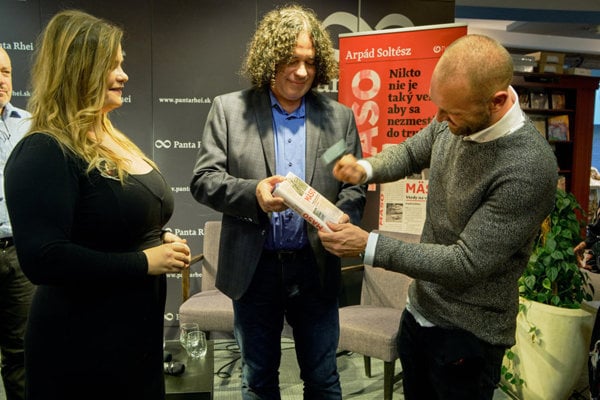 The anti-terrorist unit of the National Criminal Agency (NAKA) launched a criminal prosecution against journalist Arpád Soltész for his statements about “white trash” published on Facebook, the Denník N daily reported.

Officially, the prosecution is not aimed directly at Soltész, who is currently writing for the Noviny.sk website, run by the private broadcaster TV JOJ. NAKA says that the prosecution is pursuing an unidentified culprit who uses the name “Arpad Soltesz” on Facebook. The journalist publicly admits it is his profile.

The police are dealing with the post in which Soltész paraphrased a frequently used phrase and said “I’m not racist, but I seriously can’t stand white trash”.

According to the police investigator, these were hateful entries with which the author defamed the nation of white skinned people, Denník N wrote.

Meanwhile,the Special Prosecutor’s Office has become involved in the case. Its prosecutor will decide on further steps after reading the file of the police investigator, the TASR newswire reported.

Soltész: The term is commonly used

“White trash is an official term describing a member of a white majority who has all the opportunities to make it somewhere,” he explained, as quoted by Denník N. “Despite all efforts, they remain on the lowest social levels because they absolutely lack any skills. But they still feel superior because they are white. This is a typical description for primitive racists and neo-Nazis whom I really dislike.”

He rejects the accusations that the statements are racist.

“As a member of the privileged white majority I can hardly defame or depreciate my own race,” Soltész said, as quoted by Denník N. “I would depreciate myself, and that’s nonsense.”

The term white trash is used as a sociologist term whose explanation can also be found on the internet, the daily reported.

“Arpád Soltész has explained his status,” the broadcaster’s spokesperson Lucia Kulihová told Denník N, adding they respect him as a professional and quality journalist.

Status from a extremist

Soltész says he has not been officially informed about the prosecution; he learned about it accidentally, after Radovan Hynek, activist of the far-right People’s Party – Our Slovakia (ĽSNS) led by Marian Kotleba, informed about it on Facebook. Hynek was the one who submitted the complaint in the first place, Denník N wrote.

Although he understands why extremists do not like the term “white trash”, Soltész does not understand why any police officer who has at least a basic education is involved with the case. He is ready to defend himself in court, Denník N wrote.