Workers will earn more for night shifts, weekends and holidays

Workers will earn more for working during nights, weekends and holidays. Parliament passed on February 13 a revision to the Labour Code that increases existing work surcharges and introduces new ones. The revision also introduces 13th and 14th salaries, i.e. benefits the employees receive before the summer and Christmas holidays in Slovakia, proposed by the coalition Slovak National Party (SNS).

The Labour Ministry sees the revision, apart from the better remuneration of people, as a way to secure enough qualified labour.

“Today, as the labour minister, my priority is not only to reduce unemployment but secure enough of a labour force which is a much bigger challenge,” said Labour Minister Ján Richter earlier in January. Higher work surcharges should deter people from leaving Slovakia to work abroad.

Another goal of the surcharges is the reduction of night work. It is estimated that as much as 240,000 people or 19 percent of the employed in Slovakia work night shifts. This is the highest share of employees in EU member countries working night shifts, based on Eurostat data, authors of the draft revision to the Labour Code, deputies for the ruling Smer party Martin Glváč, Ľubomír Petrák and Ján Podmanický, wrote in the draft revision.

In this respect, Luboš Sirota, vice-president of the National Association of Employers (RÚZ), believes this goal is inaccurate.

“While the cabinet is claiming that it wants to reduce night work, it does its utmost to support the arrival of investors generating night work,” Sirota told the Hospodárske Noviny daily. “If we want to talk about night work, let us talk about education, applied research and knowledge economy in order for the structure of Slovakia’s economy to change and stop the assembly hall of Europe.”

The surcharges will increase in two phases, as of May 1, 2018 and then again as of May 1, 2019, and not in one step as originally proposed. Surcharges for night and weekend work will be even lower.

The weekend work surcharge will account for 25 percent of minimum wage and 50 percent, respectively, for work on Saturdays. On Sundays, the surcharge will be higher - 50 percent and 100 percent, respectively. Originally, Smer deputies proposed 100 percent of the minimum wage. Employers will again be able to agree upon exemptions, but this time the surcharges will be not divided into ordinary and risky work. 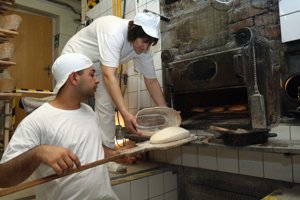 The surcharges for work during holidays will increase as originally proposed, i.e. from the current 50 percent of the average wage of the worker to 100 percent.

Apart from the private sector, the surcharges will increase in the public sector as well as self-administration.

“I consider it logical and correct that when the state puts such a duty up for private companies that it will take care of its employees in the same way,” said Erik Tomáš (Smer), who proposed this change to the draft revision to the Labour Code addressing the surcharges.

The scheme for payment of 13th and 14th salaries and their exemption from payroll taxes is quite complicated.

The 13th and 14th salaries will be voluntary and not, as SNS leader Andrej Danko originally wanted, a new duty for companies. Exempting the benefits from payroll taxes will be gradual and only partial. It will apply to the private as well as state sectors.

New rules already apply to the summer benefits to be paid out as part of the salary for June 2018.

Based on the new legislation, only employees who have worked for a company for at least two years will qualify for this benefit. In order for the benefit to be exempt from payroll taxes, it will have to amount to the average wage of the employee, but the state has capped the exempted benefit at €500. This means, that when the average wage of the employee is €800, their 13th salary should also be at least €800 but only €500 of this will be exempt from payroll taxes.

In the case of the 14th salary or the Christmas bonus, it should be paid in December providing the employee has been working for the company for at least four years and that the company has already paid them the 13th salary.

In terms of exempting the benefits, in 2018, the 13th salary will be exempt only from payment of health care levies. During the following years, it will be freed from the 19-percent income tax and also social levies.

The 14th salary will also be exempt of health care levies and income tax as of 2018 and later from social levies.

The portion of the 13th and 14th salaries exceeding €500 will be subject to the payment of the income tax as well as health and social levies.