Love is still “in”, mostly on Valentine’s Day 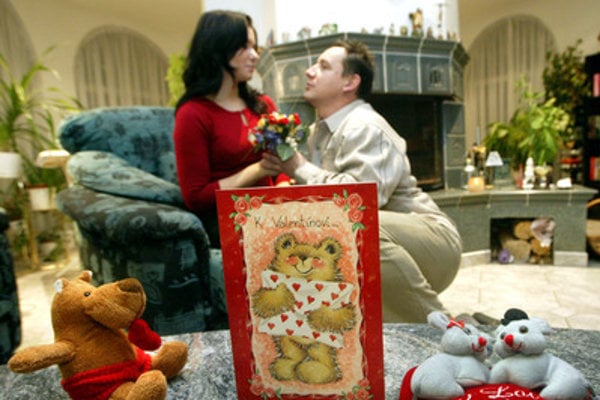 Slovaks spend more on fun, experiences and events than on material gifts for Valentine’s Day, mostly a romantic trip or dinner for two, latest data of the Mastercard’s Love Index poll suggest. In Slovakia, “emotionally motivated expenses” have increased 47 percent since 2015, and the total number of such transactions increased as much as 159 percent, finds the company’s annual analysis published on February 13.

The Mastercard Love Index, based on transactions with credit, debit and pre-paid cards for the three previous St Valentine holidays (i.e. February 11 to 14, 2015-2017) shows that love really is connected with eating in Slovakia. Number one in gifts is a dinner for two in a restaurant – 35 percent of romantic expenses in 2017 and even 70 percent of the transactions monitored.

Other popular choices include unforgettable train rides or plane trips: in 2017, the number of transactions for such an option increased 119 percent, meaning 14 percent of total expenses during St Valentine's.

“The effort to pamper a partner on Valentine’s Day is definitely not on the decline,” said Pavla Císařová, the marketing consultant of Mastercard. “Our data show that even though people still buy traditional gifts, the tendency to buy events is highly considered.”

The growth in “experience economy” may be boosted by the opportunity to build up nice memories, which can be shared on social networks.

The study scrutinising purchasing trends in more than 200 regions worldwide showed that Slovaks are more and more leaving the buying of gifts for the last moment. As much as 38 percent of romantic purchases are made on February 14, while a mere 29 percent are made one day earlier. The popularity of internet shopping is on the rise: between Valentine’s Day 2015 and 2017, the increase in internet transactions was 90 percent.