Skiers and holidaymakers can use free ski-buses in Liptov 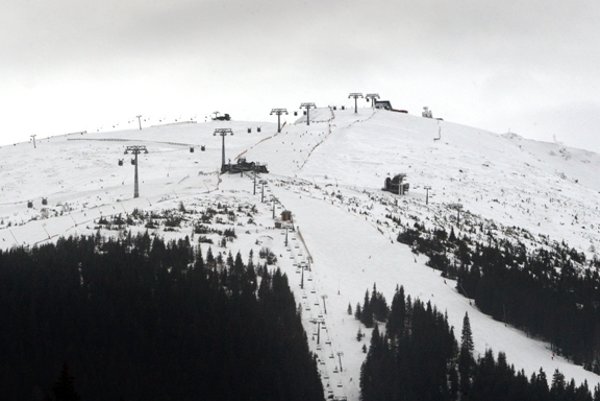 Skiers and holidaymakers in the northern-Slovak area of Liptov can now use a system of free ski-bus transports taking them to the Jasná resort from the Demänovská Dolina valley, the town of Liptovský Mikuláš, the Tatralandia Aqua-park , Bešeňová, the Kúpele Lúčky spa and the town-resort of Liptovský Ján.

Other shuttle-buses will transport passengers from the town of Ružomberok to the Malinô Brdo ski resort, PR manager of the Regional Tourism Organisation (OOCR) Región Liptov, Katarína Šarafínová, informed the TASR newswire.

“Some selected ski-buses have already been working over the holidays and weekends from the Podbreziny housing estate in Liptovský Mikuláš,” chair of the board of OOCR Región Liptov Ján Blcháč said. “But starting with the spring holidays in our region – the Žilina Region – i.e. February 19, there will be a shuttle-bus line on weekdays as well.”

Lines have been improved, added to and coordinated

The frequency and the coordination among individual lines has been improved and fine-tuned, Šarafínová added. The blue line from Tatralandia enables skiers to get to the ski slopes earlier, while the red line – from Liptovský Mikuláš, through Demänová, all the way to Jasná also starts earlier, to balance with the blue line.

The novelty afternoon blue line from Jasná to the railway station in Liptovský Mikuláš and then all the way to Podbreziny, which runs at weekends and during holidays, has already found its fans, according to Šarafínová.

“The lines can be used free of charge by all owners of valid ski-passes and owners of the Liptov Region Card, which also enables some advantageous rebates,” head of the OOCR Región Liptov Darina Bartková explained for TASR.

“Foreign skiers have praised the announcement of individual stops – introduced this winter season – which helps them get oriented – and the internet connection on selected buses,” Šarafínová summed up.