Populists are more creative than liberals

The essence of creativity and good governance is about finding a coherent story. When every city gets smart, being a stupid city will be an advantage, says a strategic management expert. 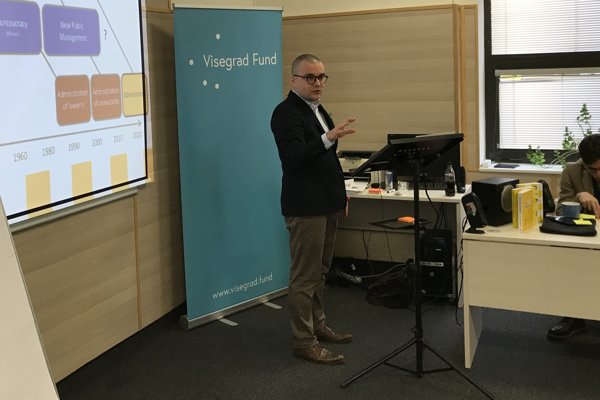 Is it enough for state servants to be more effective at their jobs at making the lives of citizens better? The Slovak Spectator spoke to Maciej Kisilowski, a strategic management expert from the Central European University in Budapest, during his visit to Bratislava in early February.

​​​​​​The Slovak Spectator (TSS): Can you describe the concept of value in the public sector, which you introduced in your book?

Maciej Kisilowski (MK): We systematically analysed two situations to take lessons from. In the case of Estonia becoming a digital society we focused on how the strategic concept is related to the country’s identity, the needs and the competition with other Baltic states. The subtitle of my book is “Achieving personal success when managing public organisation”. I very much believe that we will attract and retain great people in the public sector only when we start thinking about their personal success. So I actually mentioned Toomas Hendrik Ilves, former Estonian president and now a fellow at Stanford, and how he distinguished himself thanks to becoming the face of e-government in the world at the moment.

Maciej Kisilowski is an Associate Professor at the Central European University in Budapest. His research focuses on the theory of regulation, nonmarket strategy, public management and non-dogmatic approaches to public law. In his book Adminstrategy he researched a dozen government agencies around central and eastern Europe on innovative government.

TSS: What about the second case?

MK: It was about Maria Schmidt, the creator and director of TerrorHáza (the House of Terror), a favourite museum of Viktor Orbán’s government. She is a historian with strong links to the current government and, according to Forbes, the fifth-most influential woman in Hungary. Through her I wanted to show that we should learn from people we disagree with. I strongly disagree with Schmidt’s politics but I think she is very effective and creative at what she does.

TSS: What is the place of creativity in the public sector?