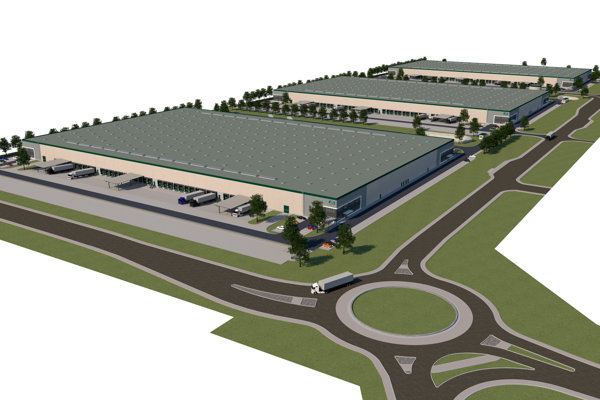 After existing and potential clients showed an eminent interest in central Slovakia, the biggest logistics real estate company in Slovakia, Prologis, began to look for suitable land for the construction of a new industrial park in the desired locality close to Nitra, Banská Bystrica and Zvolen. It found it in Žiar nad Hronom.

“While last year we did not have any ambitions to go farther from our localities in western Slovakia eastwards or northward, the situation has changed so much over one year that we bought land in Nitra and Žiar and decided to expand,” said Martin Baláž, director for leasing and development in the Czech Republic and Slovakia at Prologis.

The plot in Žiar is six hectares in area and Prologis’ plan is to build an industrial park with units of 22,000 square metres.

The Prologis Park Žiar project is now in its initial phase. The plan is to start building the units as soon as possible. Construction will be not speculative, i.e. without any signed contracts.

“As most of the companies that have shown interest are manufacturing companies and these usually need buildings adjusted to their needs, this excludes speculative construction,” said Martin Stratov, Senior Leasing Manager Slovakia.