More and more cross-country skiing tracks mushroom under the Tatras

Defying their name, the new cross-country skiing tracks appear not just in mountain resorts but also in cities and towns at the foot of the High Tatras including re-purposed stadia or cycling paths. 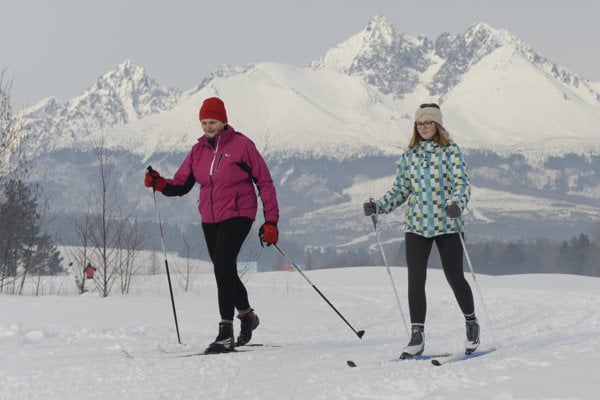 Interest in cross-country skiing has been on the rise, according to a manager of one of the tracks. He ascribes it to the track being available for free, and thus to people who cannot afford downhill skiing but foreigners also tend to use them, as reported by the TASR newswire,. 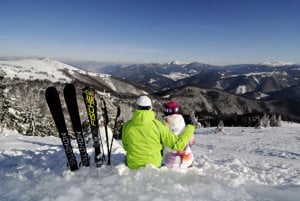 Most recently, a 400-metre circuit has been prepared for cross-country skiers at the football stadium in Kežmarok, a town in northern Slovakia. The town council informed that the flat surface, adapted for classical as well as skate skiing, is free until 17:00 and for beginners, there is even free training for which, however, it is advisable to book in advance.

Another cross-country skiing track, 8 kilometres long, has appeared in the city of Poprad, next to the cycling path and near the used-car mart, on the way to Svit, TASR wrote. Poprad councillor Ondrej Kavka cited good conditions for this sport and the fact that they managed to borrow a device for the adaptation of the track from the village of Mengusovce as the reasons behind this step. 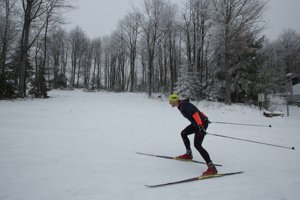 Read also:Cross-country skiers have to pay for the tracks near Kremnica Read more

Locals have shown an increased interest in cross-country skiing but had to travel to nearby resorts or municipalities. Kavka added that it is better to spend leisure time outdoors than at home, and that he hopes the track will be used even more during the school spring holidays which start on February 26th in eastern Slovakia.

Mengusovce does already have a quite famous cross-country skiing circuit – 10 kilometres long – and in the current weather conditions, it is used abundantly, mayor Ján Šoltis told TASR, adding that this is mostly by the locals and people from the area, rather than foreigners.

The golf course in Veľká Lomnica has 15-kilometres of less demanding cross-country skiing tracks, used mostly by clients of a local hotel and locals, according to Alena Ulbrichová of the Black Stork Golf Resort Veľká Lomnica.

In winter, the cycling path from Spišská Belá to Tatranská Kotlina changes to a cross-country skiing track, too, which is 9 kilometres long. 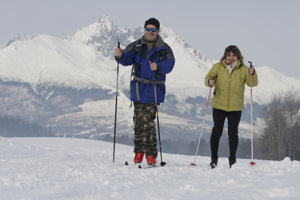 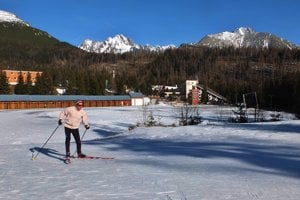 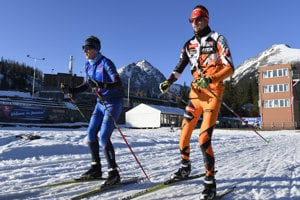 In total, there are 60 kilometres of cross-country skiing tracks in the High Tatras, with the biggest being the complex at Štrbské Pleso, offering eight circuits, between 500 metres and 5 kilometres long.

“We have all the tracks in operation, a total of 19.5 kilometres,” head of the cross-country skiing complex Štrbské Pleso, Peter Mosný, told TASR. “I can tell you that we have a 100-percent better visitor rate than last season. Probably also thanks to offering the tracks for free – and thus, also the population group for whom downhill skiing is too expensive come here. There are many locals here, but also foreign tourists – especially from the Czech Republic, Poland, Israel, Russia and the Ukraine use these facilites.”

The track from Štrba to Štrbské Pleso, 6 kilometres long, as well as the 2-kilometre circuit at Švorcov Kút near Štrba are both available for both classical and skate-skiing, too.