A revision to the EC directive will change this 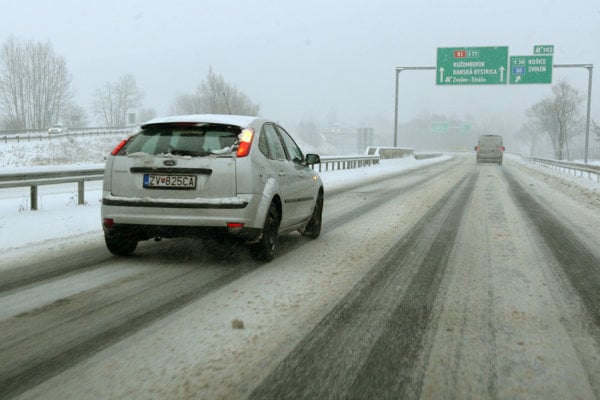 Slovakia replaced paper highway stickers with electronic ones for passenger cars from the beginning of 2016. Since this time it has not come up with any solution for fining foreign drivers using Slovak tolled roads without paying the toll. They can currently only be fined when actually caught driving on the tolled roads without e-stickers. Slovakia, even though its road authority can check via its camera system which car is driving without an e-sticker, cannot claim the fine after the car leaves Slovakia due to existing EU legislation.

The Transport and Construction Ministry points out that not only Slovakia struggles with this problem. A revision to the respective EU legislation is under negotiation within the European Parliament within the so-called mobility package.

“We want to be able to legally collect fines from foreign drivers who avoid paying the toll,” said Transport and Construction Minister Árpád Érsek, as cited by the SITA newswire.

It was the opposition Christian Democratic Movement (KDH) that pointed out this problem. The party estimates that the total fines foreign drivers have not paid for driving without a sticker amounts to as much as €90 million for the last two years. This money might have been used for the construction and repair of highways.

Based on the data of the Transport Ministry, the number of fines imposed on drivers directly on Slovak tolled roads in 2017 amounted to 1,162. Out of these foreign drivers accounted for 977. The fine for driving on tolled roads is €150.

“This is only a drop in the sea of estimated violations committed by foreign drivers by a ‘free’ drive on our highways during the last two years,” said Pavol Zajac, deputy chairman of KDH.

Ľubomír Palčák from the Research Institute of Transport recalled for the Hospodárske Noviny daily that the problem with claiming fines from foreign drivers has been around since 1997, when Slovakia introduced the scheme.

The valid EU legislation enables the exchange of information about car owners between countries only in the case of driving offences related to traffic security. Driving on tolled roads without paying the toll does not rank among them.

Other EU countries are facing the same problem with the evasion of offending drivers, some of them coming up with their own solutions. Hungary has commissioned law offices to claim fines from offending foreign drivers.

Slovak lawyers believe that this may be problematic.