SWEAT, TEARS AND UTTER JOY – JUST A FEW SNIPPETS FROM THE premiere OF THE BALLET BEYOND SIN

On 17 and 18 November 2017, the première of the season took place at the SND Ballet. The première also marked the first staging of the title by the internationally acclaimed choreographer, Boris Eifman, in Slovakia and Central Europe. Music direction bears the signature of the Slovak conductor, Branislav Kostka. 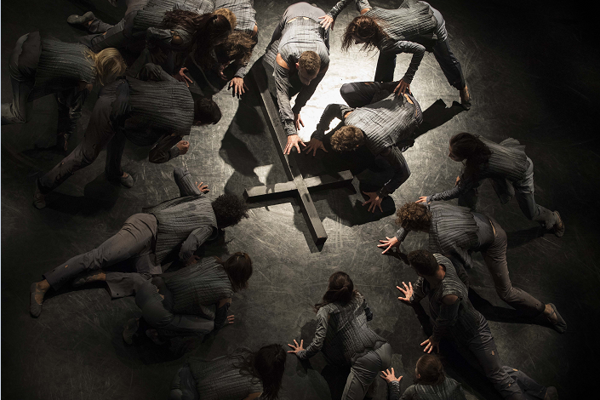 Beyond Sin as seen by the dancers at the SND Ballet

The ballet ensemble performs in Beyond Sin without rest. The dancers literally ploughed through every single rehearsal to the fullest and with the utmost dedication. Given the challenging nature of the Eifman oeuvre, their performance is no doubt an incredible one that requires plenty of dedication and willingness to reach into the depths of one´s own strength.

Our first soloist, Andrej Szabo, danced the role of Ivan, the oldest of the Karamazov brothers for both nights of the performance. Naturally, he is one of many who went through the two-shift rehearsals. Mr Szabo is a professional with a wealth of experience. He is natural when it comes to embodying distinctive characters through more contemporary movements. Szabo gave a tremendous performance as Sergei Diaghilev in the ballet Nijinsky – God of Dance. Members of the audience also had the pleasure of watching Viacheslav Kruta play the role of the Father both nights. Everyone who had the pleasure of seeing the young demi-soloist on stage knows that Mr. Kruta can conquer the entire stage with a single move. The role of Father Karamazov requires a complex transformation through makeup, which involves adding wrinkles, a wig and even an artificial tooth. 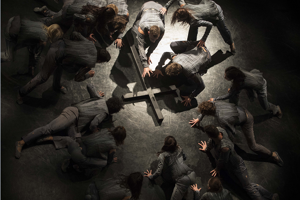 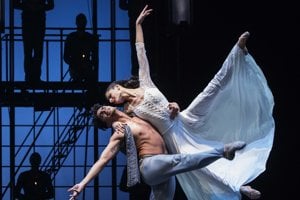 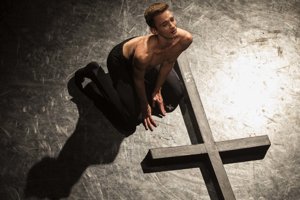 The young Adrian Szelle, who marks his second season at the SND Ballet, gave a deeply touching performance that moved both spectators and his colleagues on stage. It is Mr. Szelle´s unrivalled talent and exceptional presence that brings the role of Alexei Karamazovhis to life, making the young dancer a standout in his first of many lead roles. “I don’t quite recall the premiere. I was in a strange kind of mode. As the curtain went up, I was terribly stressed and then … I was just lucky. I delight in all positive feedback and am most grateful for the applause that caught me by surprise.”

On the second evening, Russian dancer Konstantin Korotkov was featured in the role of Alexei Karamazov. Korotkov is a guest member of the ensemble but it’s clear he’s already bound to become a full-fledged and fine contribution to the ensemble. Jonatan Lujan and Peter Dedinský (Dmitri Karamazov) have every reason to be content, too. Both dancers managed to grasp the characters in their own way, both to a high interpretative standard. As a matter of trivia, the three dancers, Jonatan, Peter and Andrej, had to grow beards to look older and more masculine. Jonatan´s experience dancing in the première proved even more exceptional: “I experienced a sense of utter happiness. First, because I deem it my life chance to dance in the Eifman ballet. Second, it was the first time ever that I danced for my child. My partner was three months pregnant and I was infinitely happy to have had the opportunity to dedicate the première in my own way to our offspring.” 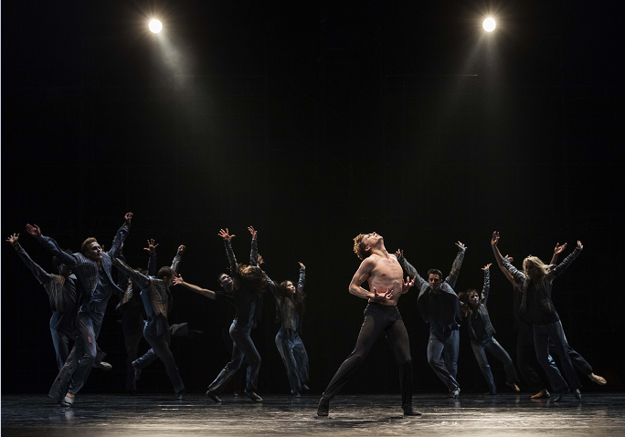 Two faces of the passionate Grushenka were portrayed by the SND Ballet soloist, Silvia Najdená, and member of the ensemble, Ilinca Gribincea Ducin. Both ladies delivered an exceptional performance and have every reason to be proud. Silvia Najdená thanked the spectators for their support: “After the performance, I felt as happy as a lark, though not merely because of myself. Everything turned out as it was meant to and we all did it! The feedback was splendid – it is something that gives us utter delight.” 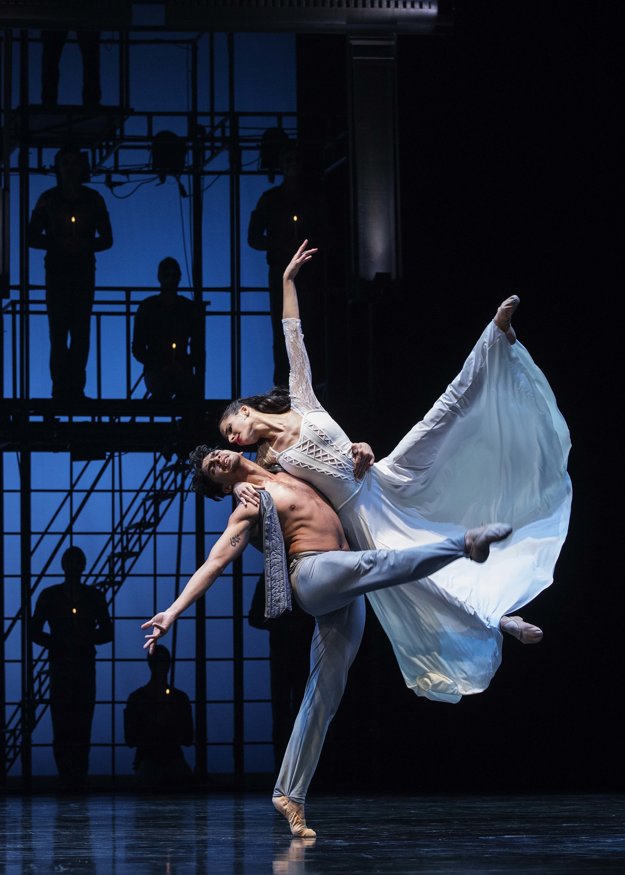 About the production team

Internationally-acclaimed Russian choreographer, Boris Eifman, saw The Swan Lake at the early age of eight. It was this very experience that made theatre his lifelong passion. He started pursuing choreography at the age of thirteen. Three years later, he founded his first ballet ensemble and met with the legendary Leonid Jacobson. He did whatever he could to acquire his first chorographical experience, not shying away from television either.

Most Eifman titles draw from classical literature. “I am not saying that I am not interested in the choreographic text itself and its standard, or the degree of imagination or perfected form. If I need a literary master, it means that I am looking for an opportunity to plunge into a certain sphere that is familiar to me as well as my audiences. I try to discover and unveil that which was hitherto unexplored.” The same applies to Beyond Sin, an attempt to create a dance equal to Dostoyevsky´s masterpiece, The Brothers Karamazov. The novel served as a motive for the production about destructive passions and the eternal struggle between God and the devil. The leitmotif of the psychological ballet is the author´s paraphrase of the original idea, “God exists, yet all things happen in line with law.”

The repertoire of the Boris Eifman ensemble is challenging in terms of technicality, as well as dance and expressive aspects. Here, the acting input is as vital as technical skills. Assistant choreographer Ilya Osipov explains, “Beyond Sin in SND Ballet retains its original shape. It means that we don’t interfere with the title and don’t adapt its choreographic content. It will be the same as in St. Petersburg. I am most pleased to work with the ensemble, as every single dancer works to their utmost.”

Mr. Branislav Kostka mastered the musical direction of the oeuvre for the SND Ballet. A graduate of the conservatory (1990), he went on to study at the Academy of Performing Arts in Bratislava. Between 1990 and 2006, he was chief conductor of the Chamber Choir of the Slovak Folk Music Ensemble. His career took him to the post of conductor at the Nová Scéna Theatre in Bratislava and The Andrej Bagar Theatre in Nitra. Mr. Kostka also dedicates his time to music directing, dramaturgy, production, composing and the a cappella ensemble Fragille, which is featured in the première.

The costumes were adapted by the costume designer Larisa Ivuskhyna whose collaborations with Boris Eifman dates back many years. Their first joint project was the ballet, The Russian Hamlet. “When we first worked on Beyond Sin in Russian, it took us about four months. I am responsible for the costumes that have to correspond with the colour scheme of the set. Vyacheslav Okunev, the costume designer who authored the costumes for the original production, fits them together into a beautiful mosaic, the many colours creating one perfect whole. For instance, the scene that takes place in the pub is manifested through the costumes in a way that they resemble a street and simple, poor people. The development of the costume thus requires plenty of time. Boris Eifman is a perfectionist. He accentuates every detail, including lights, decoration, choreography, as well as costumes.”

Boris Eifman, together with his ensemble, the Eifman Ballet, has already brought three titles to stage (Up & Down, Anna Karenina, Rodin) that were received with great acclaim. That was one of the reasons why the SND administration was keen to bring yet another one of the Eifman titles to SND Ballet. 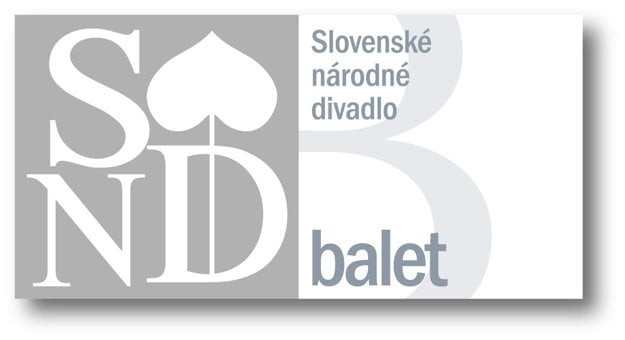