The Sme daily interviewed Jan Bayer from Axel Springer, the publisher of the Aktuality.sk news website that the murdered journalist worked for. 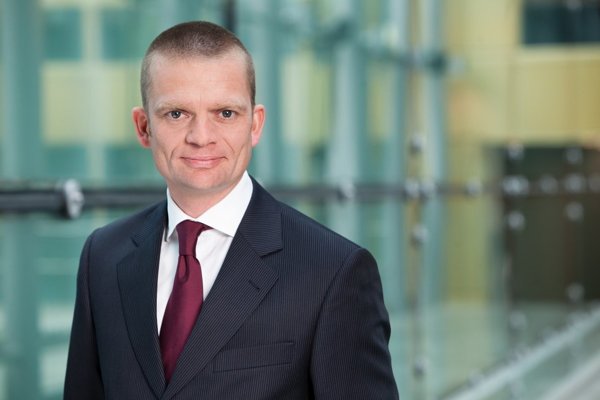 Foreign reporters will bring an international dimension to the work of Slovak journalists, says Jan Bayer, executive board member and president of news media for the Axel Springer publishing house. The murder of Jan Kuciak is the biggest tragedy the publisher has ever had to deal with.

You have come to Slovakia because Ringier is planning to start an international team of journalists. How will it work?

In the first place, we are here for Jan. We wanted to pay our respects to him. He was a very talented journalist who started a great work. That is one of the reasons why we have decided to bring several foreign journalists to Slovakia. We already have a great team of reporters here, and we will try to help them out with further investigative reporting. It is our duty to organise something like this.

So the focus will still be on Slovak journalists at your publishing house?

We have got a great team here but the international dimension might be interesting for them too. That is why we asked people in Dublin, Zurich, and other cities, for cooperation.

Ringier has been declaring that in the long run that they want to fight against oligarchs in the media. Aren't you considering the sale of the Novy Cas tabloid daily to Anton Siekel and the printed magazines to the Penta investment group?

We believe in free journalism but digital journalism is our priority now. Axel Springer today focuses mainly on digital outlets, print is a different category.

Have you ever had to deal with a similar tragedy to the murder of Jan Kuciak?

No, we have never experienced such a tragedy. One of our journalists was jailed in a Turkish prison and was only released a few days ago. This, however, is a terrible tragedy.

Have you had a chance to talk to any Slovak politicians?

Our local team did and we have planned some meetings with government representatives.

What do you think about the attitude of many politicians towards journalists?

I really cannot judge the situation, coming from outside. The media needs to be independent.