Contrary to the information interior minister gave, the Italian Antimafia Commission informed the Slovak police as early as 2013. Other Smer ministers and officials tried to draw attention from him. 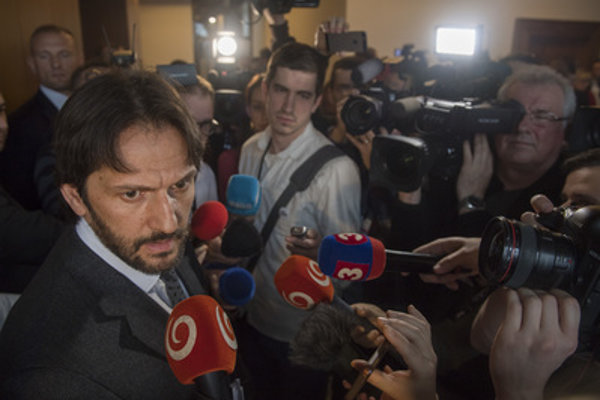 Both Police President Tibor Gašpar and Interior Minister Robert Kaliňák claim that the Italians failed to duly cooperate with Slovaks in the case of ‘Ndrangheta, while giving all but zero information.

On a March 4 TV talk show on the public-service RTVS, O 5 Minút Dvanásť (Five Minutes to 12), Kaliňák said that in February 2014 the Slovak police asked the Italian side for cooperation but received an answer only in October 2015.

In the answer, there were data about many people but “for example, as for Antonino Vadala, they wrote that they have no data concerning him in the register”.

This was misleading, though: the Italians communicated well and gave information on Vadala to Slovak police five years ago.

In 2013, detailed information arrived from Rome to Slovakia about Vadala’s crime group, aktuality.sk wrote, also including crucial information that in Calabria he used to meet top representatives of the Mafia. The correspondence between the Slovak Embassy in Rome and the Italian DIA (Direzione Investigativa Antimafia, the main office for fighting against the Mafia) proves this.

Slovak police also had information about Vadala having bought several agricultural cooperatives and asking for loans from the European Union. The police even wrote in the request for information that it suspects Vadala of having founded a ’drina – a clan – in Slovakia, and named the 12 suspects allegedly belonging to it.

The DIA soon answered and described in three detailed pages most of the named clan members’ ties to the Mafia. Vadala’s past is elaborated in the document. The DIA stated that Vadala helped hide a Mafia boss called Domenico Ventura, who killed a member of a rival clan, aktuality.sk wrote.

The parliamentary security committee interrogated Interior Minister Robert Kaliňák on the morning of March 6. Later, journalists had the chance to grill the minister. Kaliňák still insists that the Slovak police had close to no relevant information on Vadala and his cronies.

Asked by ex-minister Ľubomír Galko of the opposition SaS, on who is the head of the team and other top officials responsible for investigating the murder of journalist Ján Kuciak and his fiancée Martina Kušnírová, the interior minister refused to do so.

“So that you can attack specific people? Definitely not,” he said, adding that communism no longer exists.

As for when and how the police learned about Ján Kuciak investigating the Italian Mafia – a question posed by opposition OĽaNO’s Gábor Grendel – Kaliňák said he did not know.

“In fact, you are not that interested in the murder itself, but in just one thing: my resignation,” Kaliňák opined, as quoted by the Denník N daily.

The minister added that when lawyer Ernest Valko or the student Daniel Tupý were murdered (under different cabinets), Smer did not make such a political show of it.

“The difference is that Tupý did not write about the Italian Mafia,” Galko reacted.

After the committee session, Kaliňák told the media that he has no reason to recall Police President Tibor Gašpar, the Sme daily wrote.

At the press conference summoned by the Smer party on the same day, Deputy Prime Minster for Investments and Informatisation and party vice-chair, Peter Pellegrini, commented that Kaliňák is in a very complex situation and that if there is anything to be said about his fate, Smer will talk directly with him.

Asked whether he has asked for the resignation or removal of Kaliňák, Pellegrini said he would not comment on the course of negotiations expected to bring a result by March 12. He gave a similar answer as to whether the cabinet will fall, but said Prime Minister Robert Fico had the full support of Smer.

Pellegrini accused the opposition of trying to damage the stability of the country and get a hold of power. He called on all political parties to allow the investigators and police do their jobs. But the deputy PM admitted, as quoted by Sme, that there are tensions in the ruling coalition.