Delegation from Brussels arrives to Slovakia

The murder of a Slovak investigative journalist and his fiancée will be discussed at the European Parliament’s session next week. 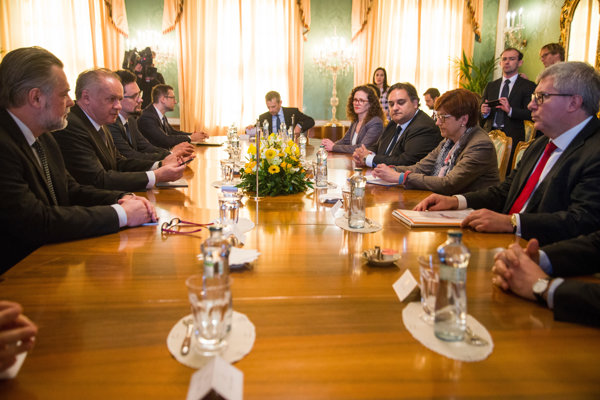 A delegation of six MEPs arrived for a two-day visit to Slovakia on March 8, to look into the murder of investigative journalist Ján Kuciak and his fiancée Martina Kušnírová.

The decision to send a delegation to Slovakia was made on March 1, while the programme and members were approved on March 7.

After returning from Slovakia, the MEPs will write a report that will be submitted to the EP president and leaders of the political factions and then published, stated press attaché Soňa Mellak of the European Parliament’s Information Office in Slovakia.

Kiska: The murder investigation is in Slovakia’s interest

The MEPs have already met with President Andrej Kiska and the representatives of non-governmental organisations dealing with the fight against corruption. 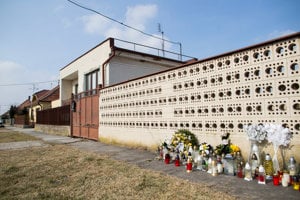 “I’m glad that our partners have expressed a sincere interest in helping us investigate this horrible crime,” Kiska said after the meeting.

He hopes they will experience so much sincerity at the other planned meetings and receive answers to all their questions. The president stressed that the murder investigation of these two young people is in the interest of their families, Slovakia and the EU.

Kiska officially confirmed his participation in a March 9 meeting with Speaker of Parliament Andrej Danko and Prime Minister Robert Fico at Bratislava Castle. He will propose signing a joint declaration to calm the situation and end the political crisis.

Meeting with journalists and state representatives

Early on March 8, they met with the representatives of non-governmental organisations involved in the fight against corruption. The delegation asked them about the EU funds agenda and how corruption is penalized here.

Read also: Murder investigation: What we know so far and what are main concerns on impartiality Read more

The delegation will visit the village of Veľká Mača (Trnava Region), where they will pay tribute to Kuciak and Kušnírová.

The murder and the protection of journalists in Europe will be discussed at next week’s EP session in Strasbourg, Mellak said.