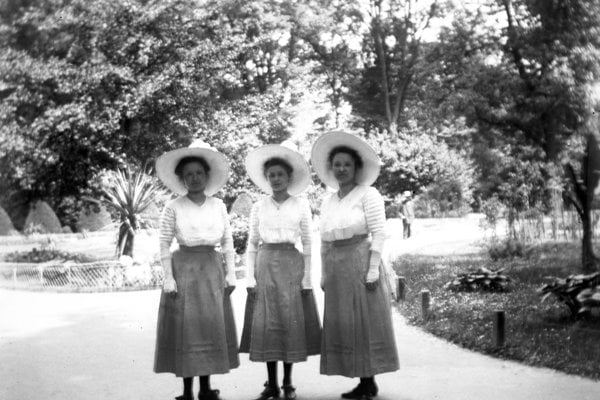 Sisters Neulinger, daughters of the owner of Fajka inn, in the park in Petržalka. 1910-1920 (Source: PamMap.sk, collection of L. Kálmán)
Font size:A-|A+

Historian-archivist Juraj Šedivý had a dream. He wanted to recall the fate of the inhabitants of every house in Bratislava; not only the kings, the mayors and the burghers, but the ordinary people. Both good and bad, Slovaks, Hungarians and Germans, noblemen as well as handy craftsmen.

“I know that we will not find information about all former Bratislavans, but for up to 90 percent of them more than basic data has been retained,” said Šedivý, who teaches history at the Faculty of Arts at Comenius University in Bratislava.

The result of his efforts as well as other experts and volunteers is the unique memorial website PamMap. It combines a database, an encyclopaedia and historical atlas with a sophisticated searching tool. It contains digitised historical photographs, postcards, documents, as well as excavations found in Bratislava and audio recollections of Bratislavans about their own eventful lives or of the city.

“Thanks to them, the real collective memory of Bratislava and its inhabitants is being built,” said Šedivý. It is intended for professionals as well as ordinary people. The first ones will find sources for their research and other photos of their native street or house from 70 or 100 years ago.

In addition to providing information, the important goal of the project is recalling the past.

“The website serves to mediate the past for those who have forgotten or cannot remember it,” said Šedivý. “Forgetting is sometimes extremely dangerous.”

The website is still under test operation. The plan is to complete it by the end of this year. Afterwards the site will run in four languages – Slovak, German, Hungarian and English.

The name PamMap originated from the Slovak words pamäť, memory in English, and mapa, map. Under the Pam icon at www.pammap.sk, visitors can find digitised documents and artefacts. The current map of Bratislava is under the Map icon. Visitors can spread over it one of the available historical maps. In this way they can compare, for example, where the streets of the Vydrica borough once led through as well as today.

The database enables the filtering of available digitalised artefacts by eight criteria, such as place, time, topic or people. These filters can be combined.

“So far visitors can find digitised artefacts just to the street level, but we would like to go to the house level in the future,” said Šedivý. “It will be able to find out who used to live in a specific house, what was their occupation and other information as far as the law on disclosure of personal data allows us,” said the historian.

The plan is also to georeferenced the artefacts, i.e. place it on the map. It works so that when clicking on a historical photo, after it appears on the screen, a map also appears below the table with basic information about the photo. The map shows where the photographer stood when taking the picture as well as the part of the city he caught with his camera. Clicking on the yellow thumbnail in the bottom right corner of the map lets the visitor see what this place looks like today and compare it with the historical photo. 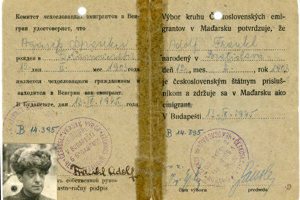 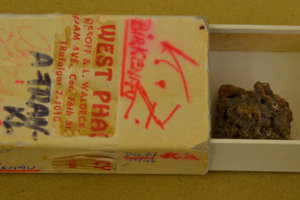 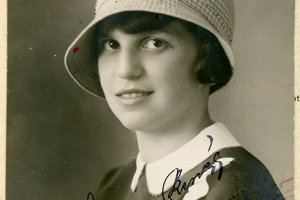 The archive of the Frankl family (3 photos)

The website acts as an encyclopaedia of places and historical events.

“When you click on, for example, Kozia Street, you will see basic information about this street and all its historical names since 1379,” said Šedivý during a lecture of the non-governing organisation Bratislavské Rožky, on the memorial website.

Treasures from cellars and ceilings

“The most important thing about our project is capturing the past not only in terms of official historical sources, such as birth certificates, biography or official photography at work, but especially the perception of events by individual people,” said Šedivý.

So besides documents from archives, museums and other official institutions, the people building PamMap have a great interest in family photographs or documents from Bratislavans. They are also digitising family collections.

“Everyone can bring us any small collection of objects, maps, letters, photos or documents to digitise,” said Šedivý. “We will digitize them for free and return the originals as well as give their owners high-quality scans on a DVD.”