Kaliňák survived more than 10 scandals before

The past scandals of Interior Minister Robert Kaliňák involved corruption, cronyism and non-standard processes at the Interior Ministry and police office. 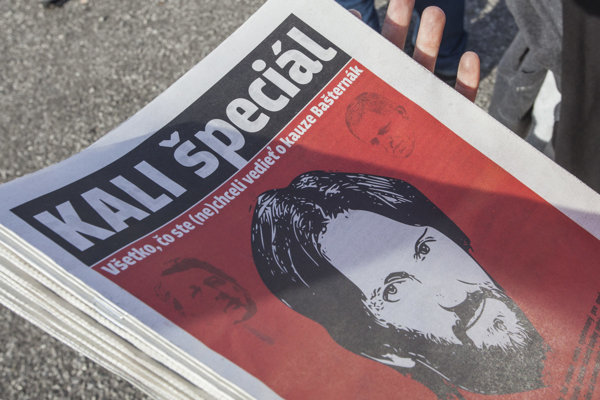 During his years in office, Interior Minister Robert Kaliňák was involved in several scandals but managed to survive all of them until the most recent one came to light.

The opposition, public, and several coalition MPs requested his resignation after the murder of Ján Kuciak and his partner Martina Kušnírová, when tens of thousands protested on the streets.

Kaliňák failed to endure the pressure and resigned on Monday, March 12.

In his unfinished story, Kuciak pointed to the connections between people close to Prime Minister Robert Fico and the Slovak members of Italian mafia, ‘Ndrangheta. Below are the details of more scandals Robert Kaliňák faced during his post as Interior Minister.

Police officer Bernard Slobodník abruptly quit the police force, gave a donation of €11,000 to the Smer party in 2011, and then returned to police. Since then, his career progressed markedly. Under Kaliňák, he became the head of National Unit of the Financial Police and was charged with investigating the case of businessman Ladislav Bašternák.

Police officer Stanislav Jankovič (Kaliňák was the best man at his wedding) also had an impressive career. After the 2006 election, Kaliňák appointed him police vice-president. After the inauguration of the second Robert Fico cabinet in 2012, he was to become police president.

However, after the Interior Ministry inspection accused him of illegally helping his acquaintance get the necessary driving license, Kaliňák withdrew his nomination, making Jankovič his advisor instead.

Jankovič left this position, too, after reporter Tom Nicholson published the transcript of wiretapped talks between Jankovič and one of the alleged Bratislava gangland bosses, Libor Jakšík, on his blog.

Instead of Jankovič, Tibor Gašpar became police president. Gaspar is the brother-in-law of the owner of the private security service Bonul, Miroslav Bödör. This businessman earned a fortune thanks to state orders, and is close to top Smer politicians.

Head of the anti-corruption unit of the National criminal Agency (NAKA), Róbert Krajmer, is related to Bödör through his wife. Krajmer was appointed by Gašpar.