MP of Smer party has power-plants near Italian-run farmstead

The power plant and the farm share the same access road. Long-time Prešov regional governor claims he does not know owner Diego Roda who was investigated by police in 45 cases. 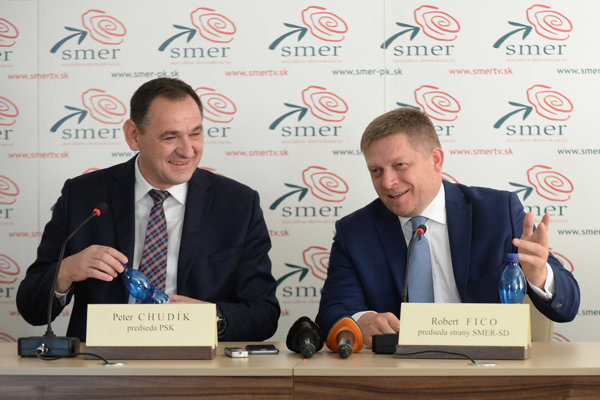 In the work of the murdered journalist Ján Kuciak which he could not finish, an international investigative team continues. The Aktuality.sk website, the Sme, Denník N, Nový Čas, and Hospodárske Noviny dailies, the Postoj website, the Aliancia Fair-play watchdog, the Trend weekly, TV broadcasters Markíza and JOJ, the Czech Radio, Swiss Blick, Polish Onet and German Die Welt continue. The story on Peter Chudík was brought forth by aktuality.sk, Sme and Trend.

Former Prešov regional governor and current Smer MP, Peter Chudík, co-owns solar power plants in Humenné, surrounded by farmstead and land of the Italian Roda family, which is headed by Diego Roda. In Slovakia, he does business mostly in agriculture and his daughter is the wife of Antonino Vadala.

“Diego Roda is directly from a ’Ndrangheta family,” reporter of the Italian La Repubblica daily, Giuliano Foschini, who writes about mafia, told aktuality.sk.

’Ndrangheta is one of the strongest criminal gangs in the world. The killed journalist Ján Kuciak described its ties to the Slovak politicians of the ruling Smer party in his last, unfinished story. He failed to analyse and include in his story the finding that Chudík’s enterprises lie next to the Rodas.

Journalist Tom Nicholson told Denník N that before the 2016 election, Vadala called on people to elect Chudík, and he called Smer “our party”. Later, he deleted these posts from Facebook.

He entered energy sector as governor

Chudík was regional governor since the first election of heads of self-governing regions, in 2001. Last year, he failed to be re-elected; he lost by 20,000 votes. He is still a Smer MP, though. He started an enterprise in the energy sector in January 2011 when he bought two companies with developer František Závacký – 1. FVE Humenné and 2. FVE Humenné. They own solar power plants with a total performance of two Megawatts. This is a common output of solar plants in Slovakia, but not crucial from the point of view of the energy sector. Each of the four blocks of the nuclear power plant in Mochovce has a performance of 471 Megawatts, i.e. more than 200-times bigger than these solar power-plants in Humenné.

For Chudík and Závacký, this is no small or negligible business, however. They own one half of the plants each, and the state has guaranteed them the purchase price of electricity until 2026.