Fico resigns. So why does the crisis continue?

These 10 answers will help you understand why the coalition’s decision to rebuild the government from scratch does not satisfy the critics and protesting masses. 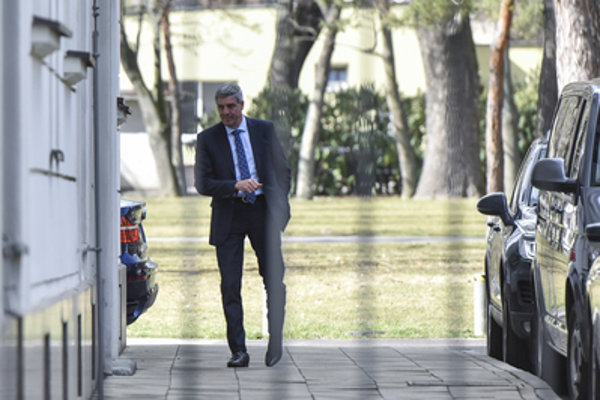 All through March 14, the political crisis triggered by the murder of investigative reporter Ján Kuciak and his fiancée Martina Kušnírová was still expected to end in early elections, as demanded by the junior coalition Most-Híd party. But the three coalition leaders, who were believed to be discussing the dates and other details of the early elections for two days, gave a game-changing statement in the evening: there will be no early elections and the coalition will put together a new government, without Fico at its helm.

1. Why did Fico give in and announce his resignation?

Fico had been resisting pressure to step down for over a week. His coalition partner, Most-Híd, originally demanded only the resignation of the interior minister (which he announced on March 12 but has not handed in as of the morning of March 15). But following the revelations in Ján Kuciak’s last story and the repeated “For a Decent Slovakia” gatherings that followed, some people in the party insisted that Fico would have to go, too. MP František Šebej and Justice Minister Lucia Žitňanská have spoken publicly to that effect.

Finally, Fico announced on the evening of March 14, following two days of intensive talks with Most-Hid leaders and with the other coalition partner, Slovak National Party (SNS), that he was willing to resign “in order to solve the political crisis” and to prevent early elections that he believes would only lead to “chaos and instability”.

The whole ruling coalition seems to have adopted the stance that with early elections they would be running the risk of handing power to the opposition, whom Fico called “political big mouths”.

2. What does the resignation of the PM mean?

Early elections are not held automatically after the government resigns. The parliament would need to pass a constitutional law to shorten the current election term, which would set the date of the elections.

Regular elections are expected to be held in Slovakia in 2020. The current ruling coalition was put together exactly two years ago.

3. Why has Most-Híd given up on early elections?

Most-Híd’s decision-making body, the Republican Council, following eight hours of discussions on March 12, gave the party’s leader Bela Bugar a mandate to discuss early elections and leave the coalition if he fails to agree on early elections with the coalition partners. But Bugár now stresses the last sentence of the statement, which says that in the event of further development, the party leadership was authorised to make a different decision without having to ask the Republican Council first.

The demission of the prime minister qualifies as “further development”, Bugár explained. On March 12, Most-Híd discussed Fico’s resignation with the prime minister, but at that point Fico “categorically rejected this question”, Bugár said.

“It is not our problem that some people did not read that sentence properly,” Bugár told journalists on March 15.

Bugár’s explanations, however, change nothing about the fact that people who saw early elections as a solution now feel betrayed.