Council of Europe’s Commissioner for Human Rights Nils Muižnieks talks about the atmosphere in society following the double murder of journalist and his fiancée, and steps to be taken. 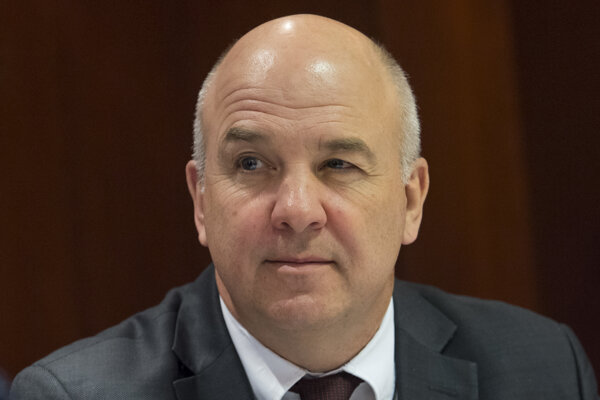 The politicians attacking journalists have not contributed to the environment media in Slovakia need to be working in, according to Council of Europe’s Commissioner for Human Rights, Nils Muižnieks, who has recently visited Slovakia. He hopes that the tragic event will change this situation and open discussion on how journalists can feel safer in Slovakia.

The Slovak Spectator spoke with Muižnieks, whose term in the office ends in a couple of weeks, about the atmosphere in Slovakia following the murder of investigative journalist Ján Kuciak and his fiancée Martina Kušnírová and ways to improve the safety of journalists.

The Slovak Spectator (TSS): From your observations during your four-day visit, how has the mood in society and the situation with media freedom changed?
Nils Muižnieks (NM): The journalists and editors I spoke to were all in a slight state of shock because there were no warning signs. People thought that the worst thing to have happened would be to be beaten up, but not that somebody would be killed. They were re-thinking everything in their minds: what they could have done differently, why they didn’t see the risks. But it was impossible to see the risks. But there is also a positive outcome. Many media outlets I talked to said that they felt a surge of support from the public for quality journalism and their work. They felt needed again in this context of fake news. Some called it “the Trump effect”.

I hope that this tragic event will spark a broader discussion about media freedom here. That it won’t be treated only as a crime, but as a media freedom issue, and that politicians will reflect on how their relations with the media can create an environment that will be safer or less safer for journalists. Whether or not they attack journalists, call them names, get a smear campaign or whether they speak with them and treat them with the respect the journalists deserve. I hope that will bring some reflection among the political class here in general.

I also hope that the police and journalists will develop more effective forms of cooperation so that if journalists feel they are under threat, they’ll get the protection they need. As for the request for information, I think that must be looked at so that journalists don’t feel they are putting themselves at risk by asking for sensitive information.

But this becomes a broader discussion on all aspects of media freedom. The discussion should take place not only here, but in every country, because no country is immune.

TSS: How has the outgoing government contributed to the mood towards journalists? We know from the past that its relations with the media were not always good.