The renewed production of Muráň's famous filled dumplings revives traditions, and attracts tourists to the region. 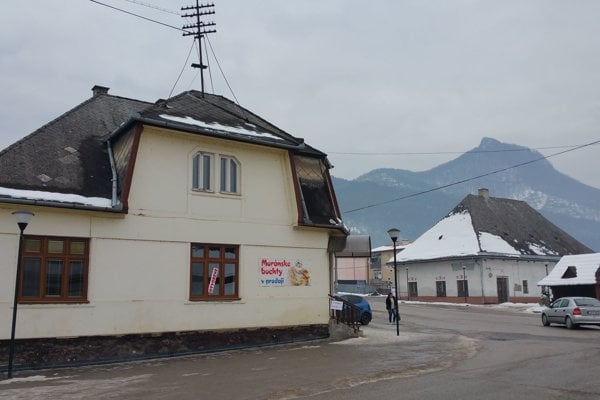 Traditional dumplings are baked and sold in this house in Muráň, in the Revúca Dsitrict. (Source: TASR)
Font size:A-|A+3

The village of Muráň in the eastern-Slovak area of Gemer has launched an unusual experiment, the news-only private TV broadcaster TA3 reported on March 14. To bring the traditional and famous Muráň filled baked dumplings back to the village, the municipal office decided to bake them on their own. They took a loan of €80,000 and employed five women to keep locals in the village and attract tourists.

The municipality of Muráň is a gate to the Muránska Planina national park.

Nothing ventured, nothing gained

Local filled dumplings were famous once, but later, their production ended. Recently, the village decided to revive the tradition. First, three people were employed but they could not keep up with the growing demand so the municipal office hired two more, and introduced opening and closing hours, Muráň mayor Roman Goldschmidt told TA3. Currently, they have five employees that bake 400 to 700 dumplings a day. In the summer season, production is expected to triple.

“Nothing ventured, nothing gained,” the vendor commented for the TV broadcaster. “It surely has paid off.”

The traditional recipe is exceptional, in that the pastry is left to rise twice: once unfilled and once after being filled. Also, butter is added, which makes the pastry finer. The dumplings can be filled with jam, curd, apples, nougat or bilberries.

Locals recall that the dumplings are part of their childhood memories.

The vendor said some people travel from abroad to buy the sweet temptation.

Apart from Muráň, the dumplings can also be bought at three places in Revúca, and more places may open in the future.