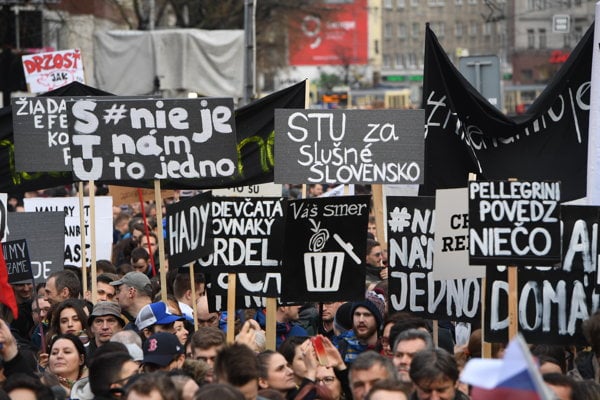 Political stability is what investors and companies list with the euro and the location in central Europe among the advantages of investing in Slovakia. Now stability has been shaken by the political crisis triggered by the murder of investigative journalist Ján Kuciak and his fiancée Martina Kušnírová. It will be only seen whether the governmental reshuffle orchestrated by Peter Pellegrini, the new prime minister and close ally of resigned prime minister Robert Fico, will be enough to alleviate the political situation.

“I can ascertain that this government will maintain its clear pro-European orientation, that this will be the government to continue in good started-up projects,” said Pellegrini on March 17.

Political crisis does no good for the economy

The tense and uncertain political situation is not good news for any economy.

“Long-term and serious political instability very often leads to the departure of investors from the country or the disinterest of potential investors,” said Jana Glasová, economic analyst of Poštová Banka. “Its consequence is an increase in unemployment, the worsening of the financial situation in households and a general slow-down of economic growth.”

For now the political crisis has not resulted in any such negative implications.