The March 25 event also paid tribute to victims of the Holocaust. 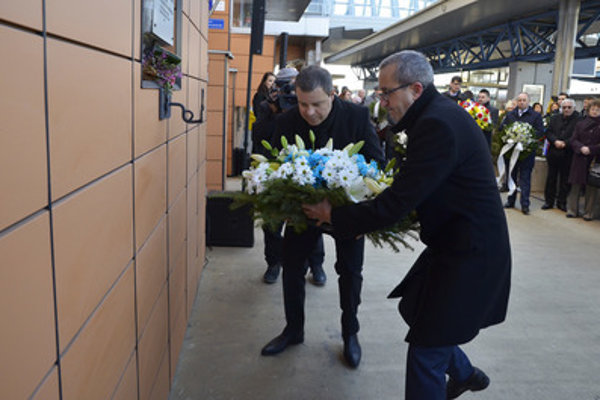 The eastern-Slovak town of Poprad made a “black” record in the history 76 years ago: on March 25, 1942, the first train with young Jewish girls started from there, heading for the Auschwitz concentration camp. Later, six more trains left Poprad for the infamous death camp, the Spiš Korzár regional newspaper wrote.

March 25, 1942: The train in the Poprad railway station is slowly filling with thousands of young Jewish girls and women who think they are leaving their homeland for labour camp.

This day marked the beginning of their end, however: their families were unwitting about their future, their whereabouts, about what is happening to them.

Those 76 years ago, nobody tried to prevent this tragedy, to help these girls and women ,to stop the transport, Israeli Ambassador to Slovakia, Zvi Aviner Vapni, said during a commemorative event on March 25, 2018.

“But the fact that we met here today is a small victory, he added, as cited by the SITA newswire.

Humankind has not learned the lesson

It is necessary to keep commemorating these tragic events, as – unfortunately – the humankind has not learned any lesson, Pavol Mešťan, head of the Jewish Museum in Bratislava, said.

“Anything that happened in the history can be repeated, and we have to say no to hatred, as hatred is what led to the death camps,” he noted, as reported by SITA. 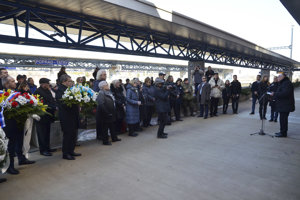 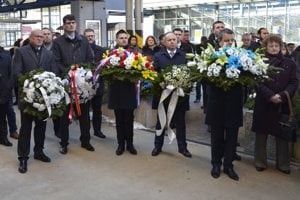 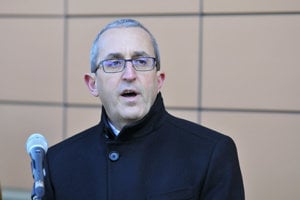 Holocaust did not start with this transport, Mešťan noted, adding that the beginnings were already the first anti-Jewish measures of the war-time Slovak state. One week before this transport, Jewish girls from the whole of eastern Slovakia were concentrated in the former barracks in local Kukučínova Street, in the building of current secondary grammar school.

Programme of the commemorative weekend

Thus, the ceremony commemorating Holocaust victims – which took palce from March 23 already – started there. The programme also included a launch of a book by Ladislav Grosman on March 24 afternoon, a screening of a documentary film and a concert of the Eben Ezer choir, with the launch of another book, by Anna Ondrušeková.

The event culminated on Sunday, March 25, at 15:00, by laying wreaths at the Holocaust Victims Memorial Plaque at the Poprad railway station, according to SITA.

Thank you for singing up. Shortly an email will be sent to the address you provided to verify your e-mail.
Error! Please try to register again later, your e-mail was not registered.
Your email is not in a correct format.
Please confirm you are not a robot.
Share on Facebook (76)Comments disabled