Head of the Agricultural and Paying Agency (PPA), Juraj Kožuch, filed a criminal motion with the General Prosecutor’s Office, concerning an “unknown perpetrator”. 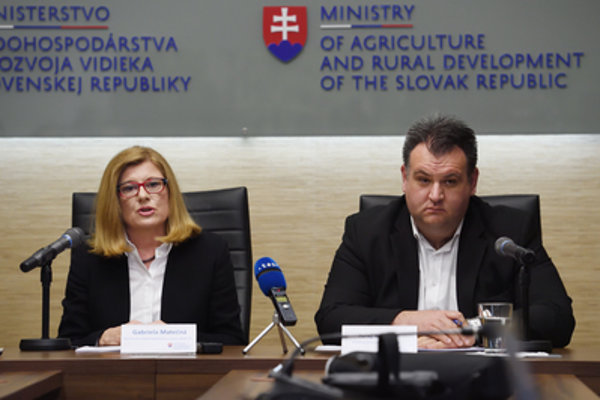 The Slovak Agricultural and Paying Agency (PPA) filed a criminal motion due to suspicions of fraud when drawing the agricultural subsidies by the Agro-Porúbka company, owned by former Smer MP Ľubica Rošková, PPA head Juraj Kožuch informed journalists on March 27.

Subsidies for a parking lot

The discrepancies in drawing subsidies by the Agro-Porúbka company in eastern Slovakia were reported by the Denník N daily, which wrote that the company also received money for plots that are not farmland – like for a parking lot.

“We have serious suspicions that this is a premeditated subsidy fraud,” Matečná said, as quoted by the Sme daily. “I have informed the prime minister that I will make no exceptions, and I will take tough steps.”

She is ready to dismiss some employees of the state institution in charge of this system.

Agro-Porúbka reported about 470 hectares of land last year, while parts of the total should not have been claimed as farmland at all, Kožuch noted, adding that the company must have had internal information of the state offices to be able to apply for subsidies for other than farming land.

Agro-Porúbka has not commented so far.

The new Slovak Prime Minister Peter Pellegrini (of the ruling Smer party), said on March 26 that if anyone from Smer is involved in criminal activities, they must be punished just like every non-partisan perpetrator.

Matečná told a press briefing on March 27 that in connection with dubious agricultural subsidies in eastern Slovakia, missteps by the Soil Science and Conservation Research Institute have been discovered.

The minister recalled the mangers of this institute responsible for the administration and digitalisation of the system. The research institute will also lose its competence in this field, and the department of remote research of land and geo-informatics will be transferred under the PPA, according to Sme.