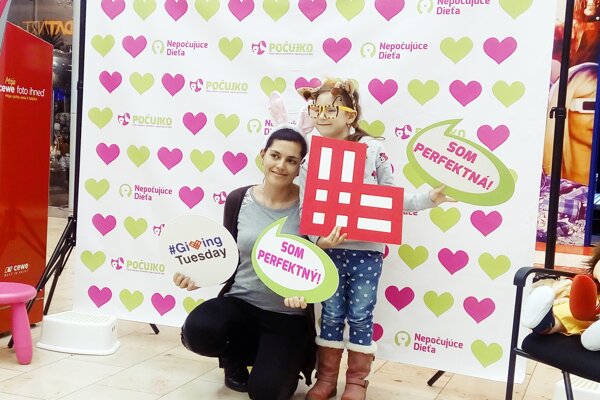 Slovakia’s economy is flourishing and companies are willing to share their prosperity with those less fortunate. Revenues from the income tax assignation scheme for non-profit and non-governmental organisations are increasing along with the number of companies donating money from their own coffers. Companies traditionally support activities in education, health and culture by focusing on activities or fields that are not secured by the state or business sector. And while a traditional form of compensatory philanthropy still prevails in Slovakia, more and more companies support activities that can make a change.

“Some companies have realised that compensatory philanthropy will not make the needed change, so along with compensatory forms they support development and transformation activities,” Michal Kišša from the Pontis Foundation told The Slovak Spectator. “Thus, they use successful examples and tested models to change how the state views the system.”

As an example, he uses the foundation fund Telekom that runs under the Pontis Foundation. They tried some projects that focus on helping those who are deaf and will offer the most successful ones to the state for implementation.

Recently, more people are using social innovations, which involve the cooperation of business, non-profit and public sectors that contribute to social change. Companies are also stressing the importance of the results and impacts of these activities.

“There are less activities that lead to little change,” said Kišša, adding that there are more activities interconnecting non-governmental organisations, state institutions, communities and individuals to achieve positive and systemic changes in education, corporate responsibility and the fight against corruption and poverty.

In Slovakia, most funds in corporate philanthropy arrive from the 2-percent tax assignation scheme. As each taxpayer can decide to what non-governmental organisation a portion of their corporate or income tax goes, companies have launched foundations to which they assign the portion of their taxes paid. The current scheme allows them to assign as much as 2 percent if they donate 0.5 percent of their profit from their own coffers. These funds usually make up the biggest portion of financing in these foundations. Through these foundations, companies finance their philanthropic activities. Companies can also choose one of the existing foundations or non-governmental organisations whose activities suit their interests the most and assign the corporate tax to them.

Fields most supported within corporate philanthropy in Slovakia are education, health and culture. A survey of donations and tax assignations in 2015 conducted by Pontis confirms this. These fields accounted for half of donations, tax assignations, costs on volunteering as well as the pro bono activities of company employees by 47 companies worth almost €14 million. Pontis estimated that this sum accounted for about 40 percent of total donations during the given year.

The most supported field was education, receiving 22.11 percent of the surveyed donations, a similar portion to 2012. Most finances fund schools and the informal education of children.

“As much as 59 percent of donations in this field are classified as a compensation type of support,” Norbert Maur, project manager of Pontis Foundation, wrote in a press release from May 2017. “Such a support does not eliminate problems within the education system as a whole but compensates for defects.”