Jankovská: I never took a bribe, we have not been to the villa of Bžán

Allegations that State Secretary Monika Jankovská took a bribe as a judge first appeared five years ago, and not even the basic facts match. 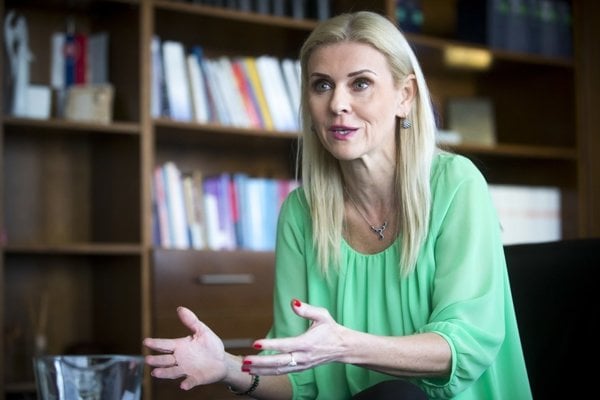 Last year, the then justice minister Lucia Žitňanská said she would leave because of her deputy at the ministry, Monika Jankovská. The nomination of the state secretary for a post at the Judicial Council, proposed by Smer, was so unacceptable for the former minister that she considered it a violation of the government programme statement.

Recently, Jankovská's name came up again when accusations surfaced that she had cooperated with the mafia when she served as judge. She denied those accusations in an interview for Sme. She also talks about her relations with the lawyer Radomír Bžán and Robert Kaliňák.

In this interview you can read more about:

-Jankovská’s explanation about her stay in a villa in Croatia that belonged to Bžán, a lawyer who earned millions of euros on a deal with the state

-why she wanted to join the Judicial Council

-her relations with Žitňanská

Former owner of the Fatima bar in Trenčín, Ondrej Janíček, accuses you of taking a bribe of three million Slovak crowns from the mafia group of Peter Čongrády, to keep Janíček in prison so they could take over Fatima. Now another witness has come forward, Michal Vida, and he claims that he was in the Čongrády group and discussed the bribe with you. Did you take money from them?

Monika Jankovská: I have never taken a bribe, neither as a judge nor as state secretary nor as private person. I dealt with the Janíček et al. case 18 years ago. These are not trustworthy people. Janíček also stood in front of the court before. When I issued a sentence for the group around him, the Regional Court in Trenčín confirmed my ruling. Janíček complained that the judge of the regional court also received a bribe. He never took one. Since Trenčín is a small town and information spreads fast, I also found out that the regional court judge, Jozef Janik, filed a criminal complaint about him, I reckon for defamation and false accusation. Janíček was eventually sentenced for that.